Second batch of Lionesses links up with Team Kenya in Kurume 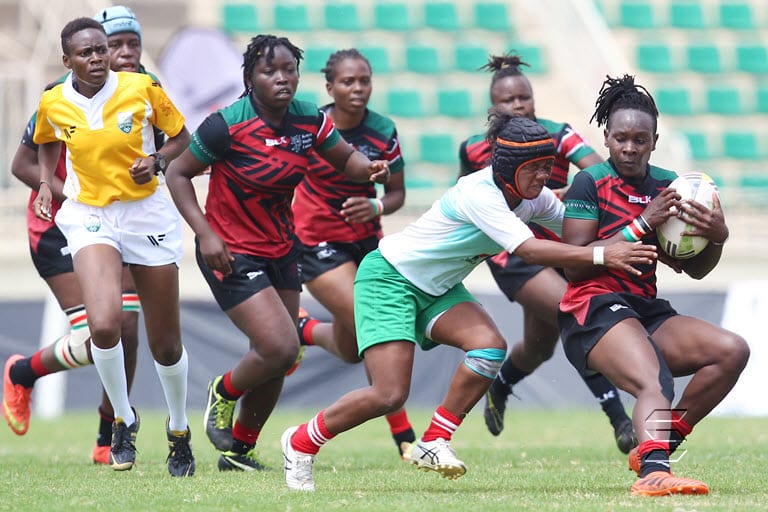 The second batch of Kenya’s national women’s rugby team players, currently in precautionary holding in Tokyo, is expected to link up with the rest of the “Lionesses” squad at Team Kenya’s Kurume residential training camp on Friday.

The team of six players and Team Manager Camilyne Oyuayo have been held back in Tokyo as a procedural precaution after one of the passengers on their Qatar Airways flight to Tokyo from Doha tested positive for Covid-19.

None of the Kenyan players and officials in Tokyo has retuned positive results after being tested multiple times, testimony to the effectiveness of the team’s bubble training camp at Kasarani and careful travel procedures.

As standard procedure agreed upon by the Government of Japan and the International Olympic Committee (IOC), “following a positive result, potential close contacts are assessed and reviewed by the REAG (Results Advisory Expert Group) and will be confirmed as a close contact by the Japanese health authorities.”

The Principles of the Management of Athletes and Team Officials Confirmed as Close Contact stipulate that “close contacts will undergo daily nasopharyngeal PCR (NPH-PCR) testing, in principal.”

“While being managed as a close contact, the individual(s) are allowed to continue to train and compete, as Tokyo 2020 will implement additional precautionary infection prevention measures.”

The Kenyan players who were on the same flight as the Covid-19 positive athlete from another country are Sheila Chanjira, Diana Awino, Vivian Akumu, Leah Wambui, Judith Auma and Stella Nelima.

Besides Team Manager Oyuayo, the team’s physiotherapist Samuel Kimotho is in the same group.

The Cabinet Secretary also ensured that all players and officials travelling to the Olympic and Paralympic Games get their two doses of Covid-19 prevention vaccines ahead of travel to Tokyo.

The team’s Chef de Mission Waithaka Kioni travelled to Tokyo well ahead of the team to ensure, among others, the smooth registration of Team Kenya.

Kioni remains optimistic that the “Lionesses” players currently under procedural surveillance in Tokyo will be released soon to join the rest of the team in Kurume City as they have tested negative for the virus multiple times.