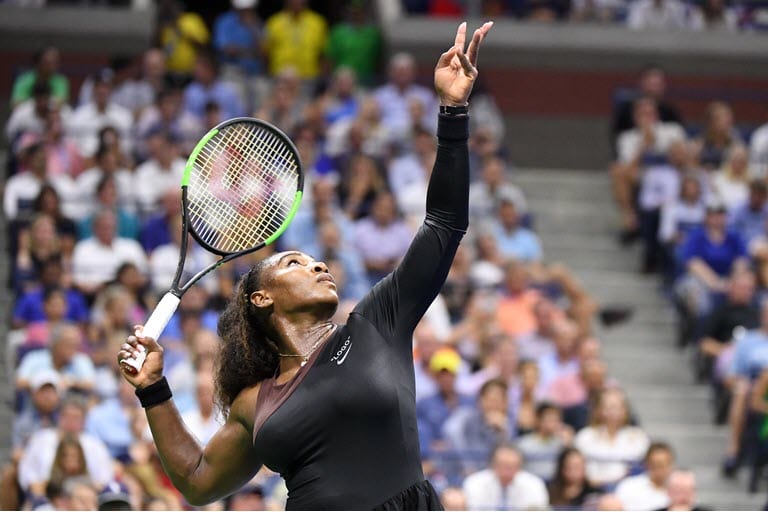 Serena Williams, who is gunning for a record-equalling 24th Grand Slam title, and rising Japanese talent Naomi Osaka are each a win away from meeting in what could prove to be a fascinating U.S. Open women’s final.

The next obstacle standing between Williams and a ninth trip to the final is rejuvenated Latvian Anastasija Sevastova in Thursday’s first semi-final at the Arthur Ashe Stadium, before Osaka faces 2017 runner-up Madison Keys.

The 20-year-old Osaka made a statement of intent by trouncing Lesia Tsurenko 6-1 6-1 in the quarter-finals, and will be out for revenge against Keys, who beat the Japanese at Flushing Meadows in 2016.

Despite the sweltering conditions, six-time winner Williams has barely broken a sweat in New York as she cruised through her quarter of the draw and the American will be a heavy favourite to topple the 19th-seeded Sevastova.

Williams has never faced the Latvian before but is familiar with the 28-year-old’s tactical, all-round style of play.

“I’ve seen her play a lot. She’s been playing really well for actually a long time. So obviously I know her game really well. She clearly knows mine,” said Williams, the 17th seed.

“She’s definitely someone that gets a lot of balls back and something I have to be ready for.”

Sevastova, who retired in 2013 for nearly two years because of back and muscle issues, has impressed since her return and picked up the third title of her career with a win at Bucharest this year.

The Latvian made her third consecutive trip to the New York quarter-finals this year and knocked defending champion Sloane Stephens out to reach her first Grand Slam semi-final.

Despite being two wins shy of what years ago would have seemed like an improbable title, Sevastova refuses to look beyond her semi-final battle.

“I don’t look that far ahead. I mean, there is still semi-finals,” she said. “I was also two times in the quarters and I also didn’t look ahead. It’s still long way to go, I think. The grand slams are so long.”

Wimbledon runner-up Williams, who returned to the sport in March after giving birth last September, is also trying to keep thoughts of how close she is to matching Australian Margaret Court’s all-time Grand Slam record out of her mind.

Williams beat Czech Karolina Pliskova in the quarters, marking her first win over a top-10 player since she returned to competitive tennis.

“I’d been a couple steps away at the last grand slam, so I’m definitely not ahead of myself,” said Williams, who fell to Angelique Kerber in the Wimbledon final.

“I still know that no matter whether I’m in the semi-finals or the finals, I have a really long way to go to win. Again, that proved to be true at Wimbledon.”