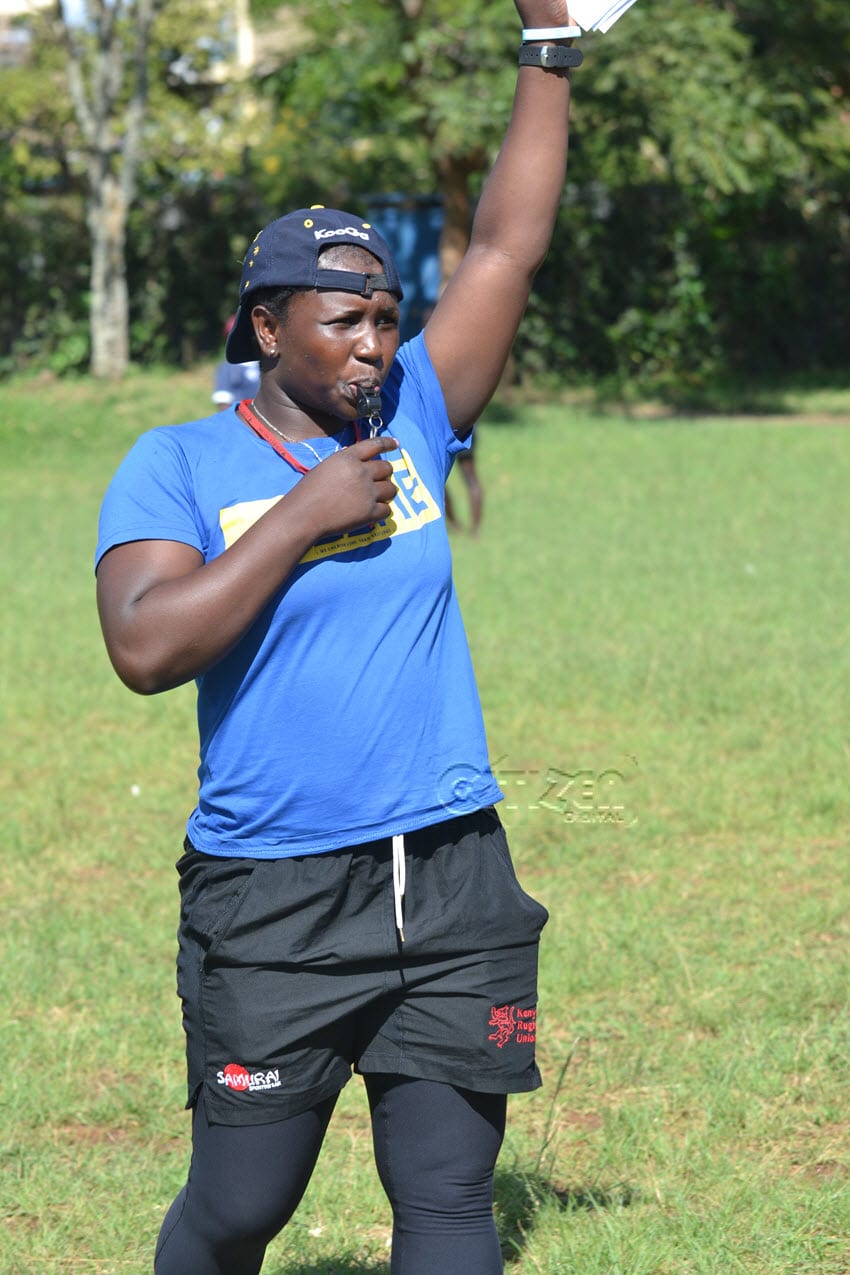 Rugby, considered by many Kenyans an elite sport, is now finding its way in lower middle class and lower class societies of Nairobi, Kenya.

Shamas Rugby Foundation is a Sport for Development program that uses the sport of rugby and its values to teach Life Skills Education to boys and girls living in disadvantaged areas in Kenya.

The foundation held its first Life Skills Rugby clinic for boys and girls of ages 19 and below at Ofafa Jericho High School in Nairobi’s Eastland’s area which began on Monday and will run through Saturday.

The young men and women drawn from all over Nairobi County with major estates being Jericho, Makadara, Maringo, Uhuru, Mathare, Huruma, Kariobangi, Korogocho and Kayole among others also had an intensive life skills training program before taking to the pitch for the actual game.

Emma Donatha from Nairobi West agrees that a sportsperson without knowledge is as good as dead.

“Especially, in such environments where societal vices such as crime, drug abuse, early childhood marriages and pregnancies, HIV/AIDS among other sexually transmitted diseases are rampant.

“Society at large needs to educate the girl and boy child through sports, but it’s obvious there is a gap somewhere and that’s why we at Shamas have taken the responsibility to do this through Rugby,” the life skills teacher highlighted.

The clinic which begins at 7:30am local time (3GMT) has pupils take to class room sessions before breakfast which is served at 10:00am.

After that they enjoy another two hour session before going for lunch. Thereafter, they take to the rugby pitch where different coaches take them through drills.

Mary Musieka, Eastlands head coach and a member of the national women’s side preparing for the Summer Olympics in Rio; spoke highly of the girls at the six day clinic held at the heart of Nairobi’s expansive eastern estate.

“This is an area commonly known for mostly great boxers and footballers. By offering the community an alternative sport, we are discovering also other talents like in the case of rugby that we have to nurture. I would like to call upon the Kenya Rugby Union and the ministry of sports at large to take notice of our efforts and follow suit country wide.” The Kenya Harlequins scrum-half said.

“Rugby is such a fantastic sport that can be used by any community especially in sub-Saharan Africa to develop young men and women into responsible citizens.

“This clinic in Eastland’s has 120 boys and girls; we are also running another one concurrently at Kibra, Silver Springs Secondary school where we have 130 young men and women attending,” he explained.

The coaches at Shamas are also active players.

The energetic men and women volunteering for the project are led by Musieka, national team and three time player of the year; Philadelphia Orlando who plays as a centre for KCB and Janet Owino who is also prop for Harlequins and the national side.

Fellow Quins fly half; Roseline Amondi is also one the key coaches participating in the clinic.

The men are led by former Kakamega High School ace Brad Owako who now turns out for Mwamba as a center.

Owako was named most promising young player for the 2015 sevens season and currently in the national team set-up.

Scrum half Stephen Wakaya and flanker Vincent Onyala from KCB RFC who also was top scorer and the youngest player of the 2016 Nakuru 10s are also involved.

Fly half Washington Okello from Quins, Kennedy Oduor who played as a lock and Randy Mwenje formerly of Impala and KCB were also present during the tactics and formation sessions.

Shamas was set up by Azim Deen, a leading Kenyan businessman in June 2012.