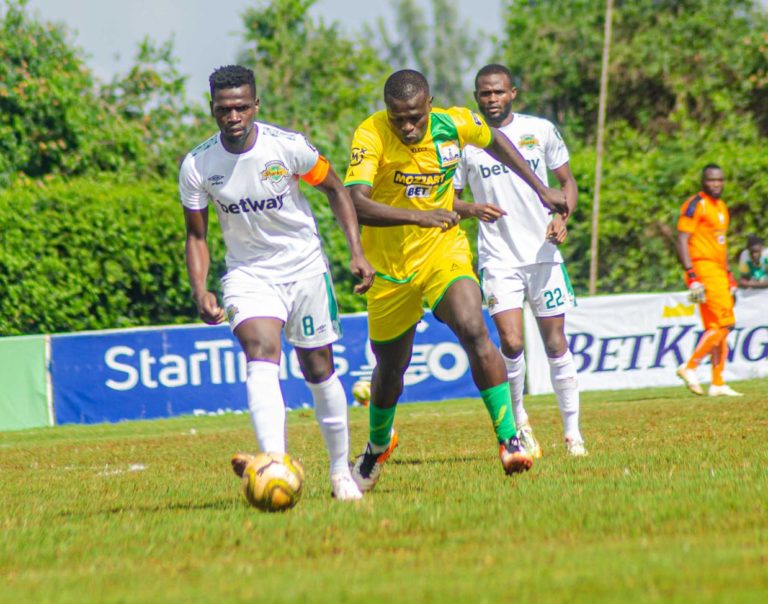 Kariobangi Sharks edged Kakamega Homeboyz 1-0 at Utalii Grounds to move into second on the FKF Premier League standings thanks to Patillah Omoto’s first half strike.

The match marked the first time any competitive sport has been staged in the country in nearly two months after the Government announced new curbs to slow surging COVID-19 infections late March.

Those restrictions were relaxed two weeks ago with sports activities allowed to restart behind closed doors although clear guidelines for resumption were only published on Thursday.

Omoto’s goal in the 18th minute earned the hosts three crucial points that saw them dislodge KCB in second and took their tally to 31 points, five behind the league leaders Tusker FC.

The league will continue over the weekend across different parts of the country with the early kickoff being the top of the table clash between Tusker FC and KCB at the Ruaraka Grounds while Bandari will be at home against Bidco United at Mbaraki stadium.

The western derby between AFC Leopards and Nzoia sugar will take place at 3pm immediately after the KCB and Tusker match while Posta Rangers will travel to Kisumu to face Western Stima .