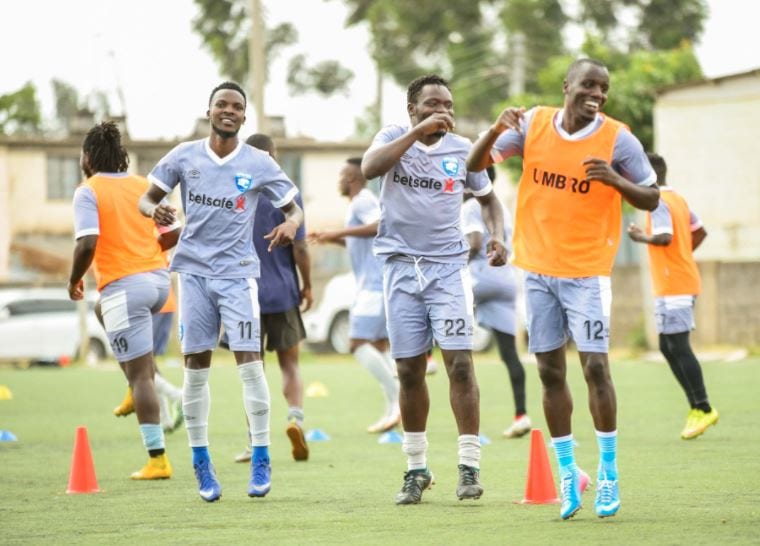 AFC Leopards defender Collins Shivachi has distanced himself from reports linking him to Tanzanian side Azam SC.

Shivachi has managed to fight his way into the Patrick Aussems first eleven team commanding the right back position thanks to his solid performance throughout the season.

The player has insisted that for now he is only committed to Ingwe and that he is yet to receive any official communication from any club angling for his services.

“I don’t have much information concerning reports linking me to Azam SC but if I get it then I will be open to disclose what it is. As for now I remain committed to the Leopards team which has great potential with hardworking players. We are even mathematically still in the race for the league title for nothing is impossible,” Shivachi said.

His sensational performance has seen his name linked to the 2013-2014 Tanzanian Premier League champions who are keen to stop the dominance of giants Yanga and Simba SC.

“As you know it’s all about stiff competition in a club that has a lot of options with quality players. Whenever a player has proved his worth in training then definitely the coach will select you in the starting eleven and once you get that chance you must maintain the consistency so as to convince the coach.

“I am working hard and trying very hard to maintain the consistency so as to keep making it into the first team,” Shivachi added.

Shivachi who was signed in 2019 from league leaders Tusker, was on the score sheet on Tuesday during Leopards’ 3-2 loss to lowly Western Stima at ASK Nakuru.

The loss ensured Leopards remained stuck in third position on 43 points, 12 behind the Brewers who drew 0-0 against bottom placed Mathare United.