Shock as Shujaa falls to Ireland 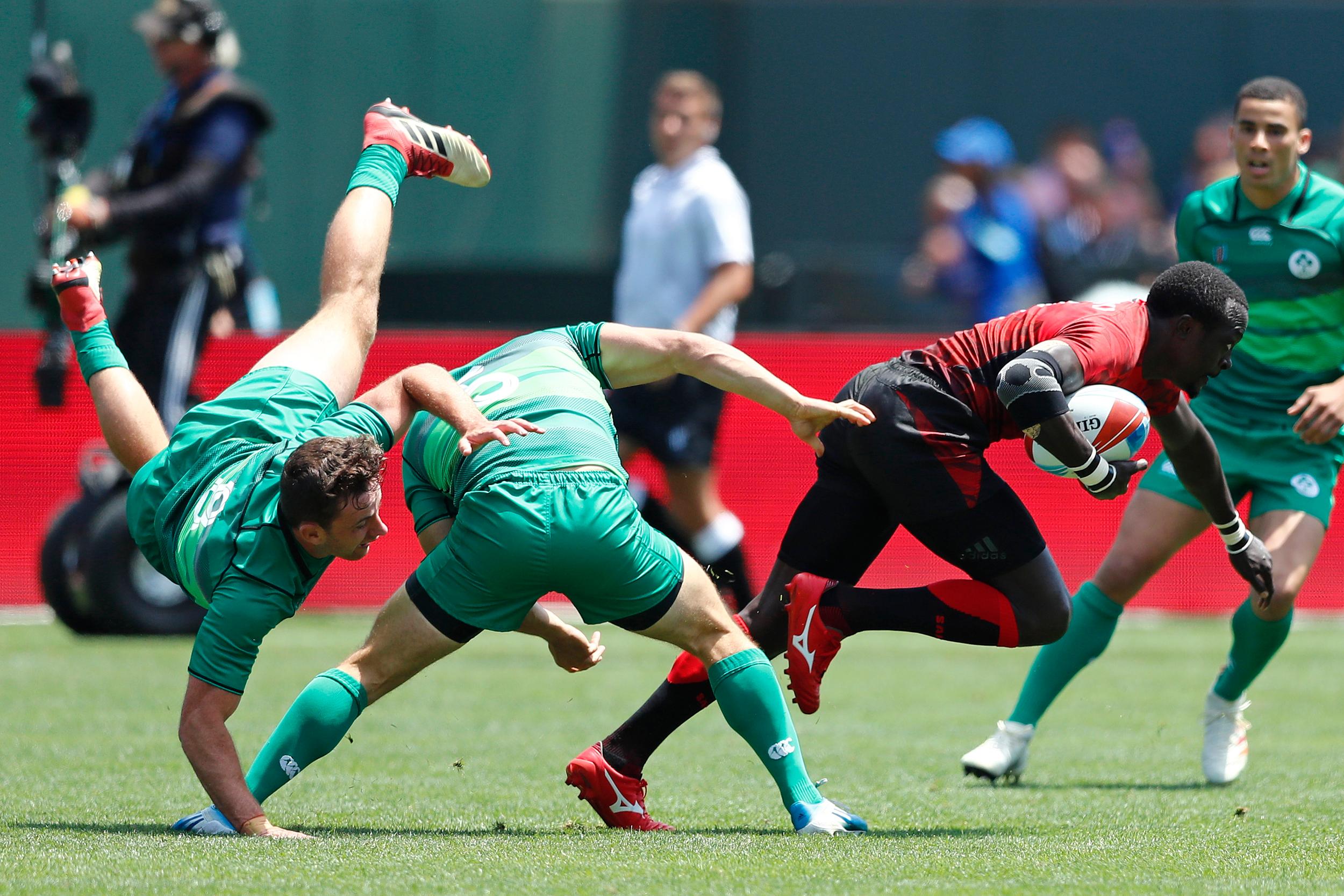 Still smarting from their loss to Scotland, Kenya’s Shujaa sought to bounce back against Ireland who came unstuck against South Africa early Sunday but even here they suffered a meltdown losing 24-14.

Shujaa had watched in agony as their championship hopes went up in smoke in their loss to the Scottish in the round of 16 and were playing for pride in the Challenge quarterfinals but even here the streak of bad luck seemed not to have been shaken off completely.

The Irish dominated possession from the first minute of the game but it did not amount to points and their pressure finally paid off as Hugo Keenan darted over the white wash for their first try as captain Billy Dardis added the extras as Kenya struggled to set up an attacking platform.

An opportunistic chip by Eden Agero could have culminated into points but Nelson Oyoo failed to control the ball after William Ambaka did most of the work.

With Ireland being provided with an attacking scrum, head coach Innocent Simiyu made a substitution but before Jeffrey Oluoch had settled into the game, Jordon Conroy stretched Ireland’s lead to 12-0,  displaying his blistering pace.

With the half-time buzzer sounding off in the distance, Collins Injera shook off two tackles to offload to William Ambaka who reduced the points deficit to 5 as Eden Agero converted the burly forward’s try. Immediately after the restart, Conroy restored Ireland’s advantage displaying a clean pair of heels, outpacing Agero to score his side’s third try.

Dardis made it a 12 points cushion with the difficult conversion.

The alarm bells once again rung in the Kenyan camp as they flirted with defeat.

A patient build up by Shujaa orchestrated by Agero and Injera resulted in a glimmer of hope with Ambaka scoring between the uprights. It became a 5 point game as Agero converted it successfully.

Kenya then hit reverse gear as their defensive structure was breached by Irish with Conroy securing his hat-trick, two minutes to the end of the match. Final score, Ireland 24, Kenya 14.

Shujaa’s horror show in San Francisco was seemingly not abetting as Kenya slumped lower  in the pecking order of the World Cup. They will now face Wales or Samoa  at 8.28pm in the ranking match for 13th to 16th place.