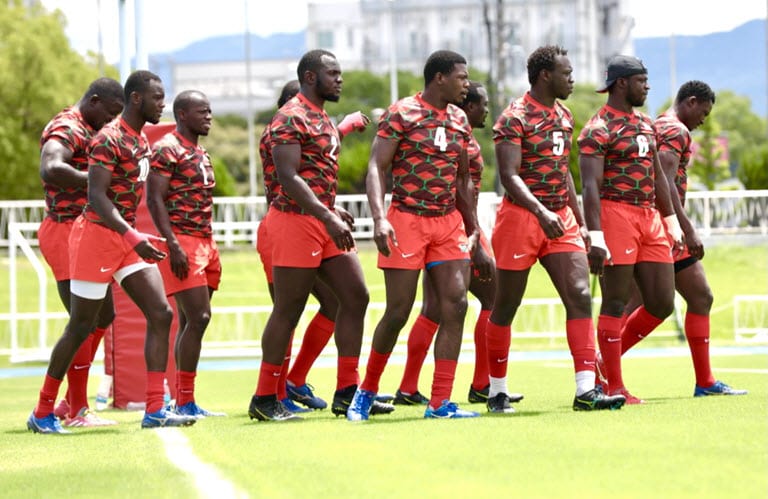 The national rugby Sevens team players are now shaking off the jet lag after arriving in Kurume City, Japan for the pre – Olympics training camp.

It’s hot and humid in Kurume, a sharp contrast from the freezing cold weather in Nairobi and that means, the team needs a few days to acclimatise.

“The experience was something that we were looking forward to, just coming to get ourselves used to the environment… I think we have felt it (heat and humidity) there is a lot for us to pick up on and be able to adjust to what we are used to,” says Shujaa captain Andrew Amonde.

The hot and humid conditions will intensify in the next few days, especially in Tokyo where the weather in the summer can be very punishing and playing in humid conditions can be a very big challenge.

“I think we have done our research as a team, the technical bench has done something good in really trying to know what will be able to assist us when we will be playing. What we need to do and things we need to do to get ourselves ready for this tournament.

“Coming here is an example of what we are expected to do for us to acclimatise in such an environment, and that is something we do very well with time. I think after two to three days of being here, our body will start adapting to this system and we will be ready to go,” noted Amonde. 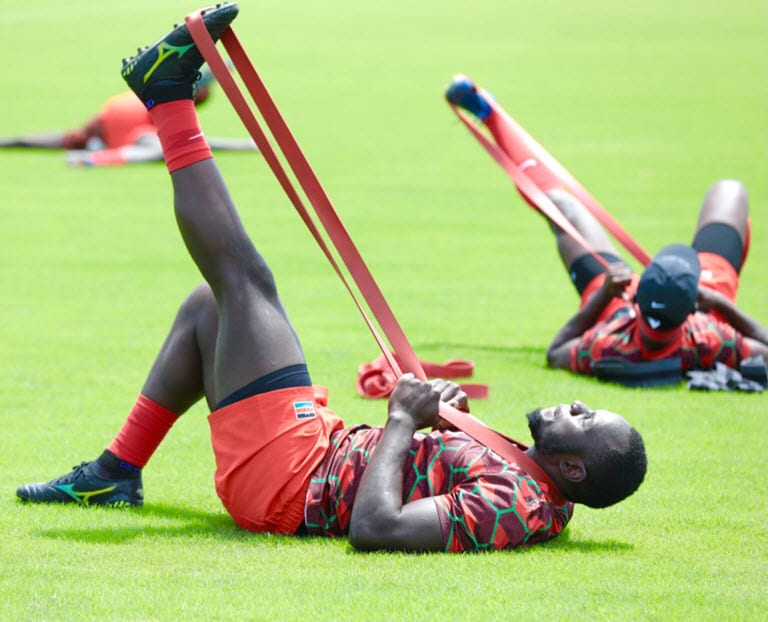 Shujaa were meant to play in a tournament in the USA in June, but the travel plans were cancelled due to concerns over the risks of Covid-19.

“The tour that we missed in the USA was something big for us. But those are things that we can’t control as a playing unit. For us, the focus is on what is ahead, to prepare well here in Kurume to go and play in the tournament.”

Kenya is in a tough pool that has giants of the World Rugby Sevens series South Africa and USA, as well as a plucky Ireland.

“The main thing for us is to focus on ourselves because we are playing very good teams when it comes to such tournaments. We have to build ourselves to full fitness and make every player comfortable with what he is going to achieve. We are going to take one game at a time and after every game, we will evaluate ourselves and to know how set we are going to be for the next one,” Amonde added.

With a warning that Tokyo might go into a state of emergency due to a spike in the Covid-19 cases, fans will not be allowed at any Olympic venue. This is a big blow to the Japanese sports fans and also to the teams that do up their game when playing in front of a big crowd.

“It’s a plus for us as a team as it is an environment that we are really not used to and we only experience it when we come to this high level of play. I don’t think it will affect us as a team because it is something that we knew is going to happen,” explained the captain. 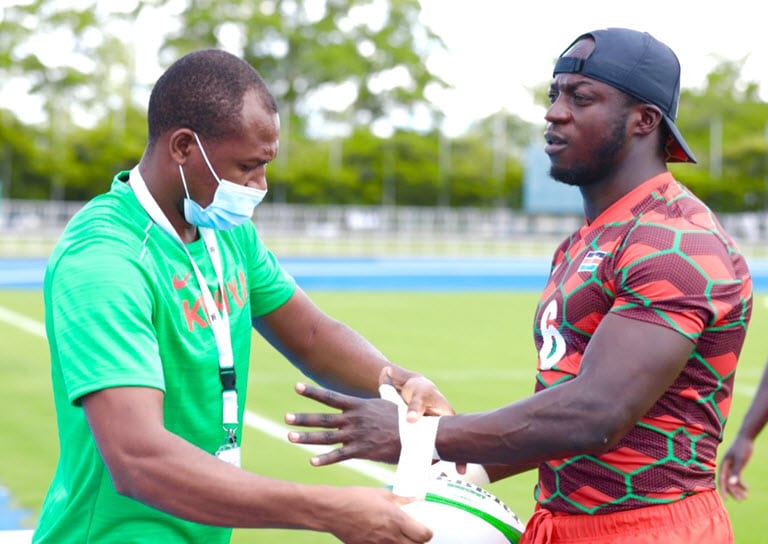 Three teams are in camp in Kurume – Shujaa, the women rugby team (Lionesses) and the women volleyball team (Malkia Strikers) and Amonde says they are one big happy family.

“The environment has been very good, we have been welcomed very well… the atmosphere is great. Since we arrived, it has been good and people taking care of us are very nice to us.”

Amonde is calling on Kenya fans to give players space, especially on social media to take off the pressure from the teams.

He says: “I think the biggest thing is to give athletes time to focus on what they have done because they know what they want to achieve with this Olympics. For them to come down here and prepare themselves very well and just to keep positive in what they do. We promise them we will offer our best and bring the glory that our country needs.”

Like in every new country, people tend to learn a few words of the local language. Amonde is not different.

“Arigato!! That means thank you. We are getting used to it and the Japanese are very good people, very welcoming. We have taken it as a positive thing and we pick it up from there,” he concluded.