Shujaa, Lionesses call for more support ahead of Tokyo Olympics 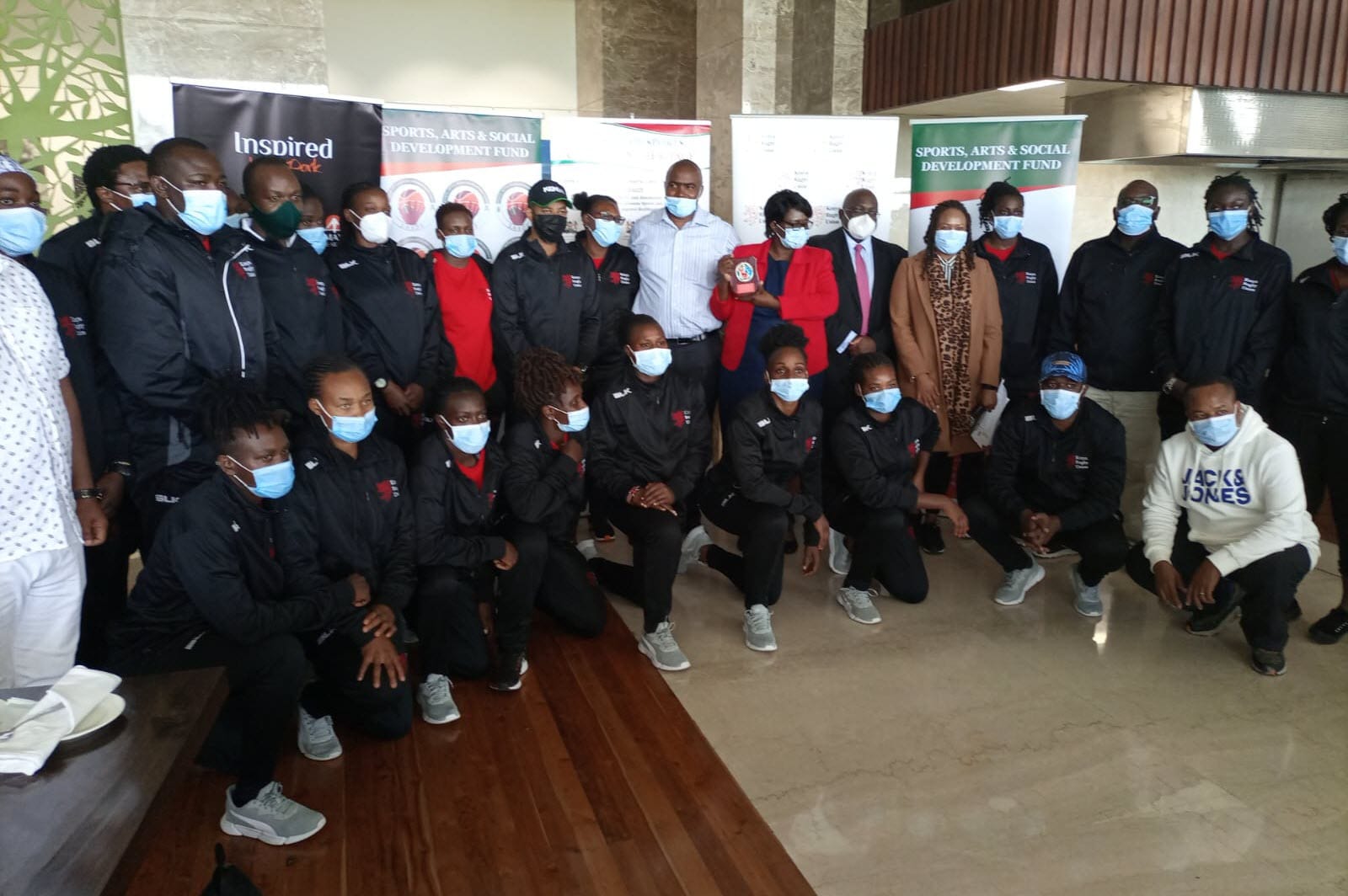 National rugby teams Shujaa and Lionesses are back in the country from the Madrid Sevens double tournaments played over the last two weeks, with rallying call for multi-agency support towards the Tokyo Olympics.

Both Lionesses captain Philadelphia Olando and Shujaa captain Nelson Oyoo lauded the government for their support during the both legs of inter-regional series, underlining the importance of the tournament.

Speaking after their arrival from Madrid in a Nairobi Hotel, Olando thanked the National Olympics Committee Kenya (NOC-K) and the Kenya Rugby Union (KRU) for their joint support, expressing her confidence the cooperation will continue towards the Tokyo Olympics later this year.

“I thank the government for supporting us in Spain, everything was okay for us. We had better results in our last outing, thank you ladies for the effort and once again thank you the ministry of Sports, NOCK and the Kenya Rugby Union. We hope for more support ahead of the Olympics,” she added.

Her sentiments were echoed by Oyoo who said the tournament was helpful ahead of Olympics preparations.

“Thank you all of you for the support. It was a good tournament and we know where we are now, and where to start from ahead of Olympics,” said Oyoo.

Both Lionesses and Shujaa finished runners up in the last tournament played over the weekend, in what was their first international outings since the outbreak of COVID-19 March last year, that also crippled the local league.