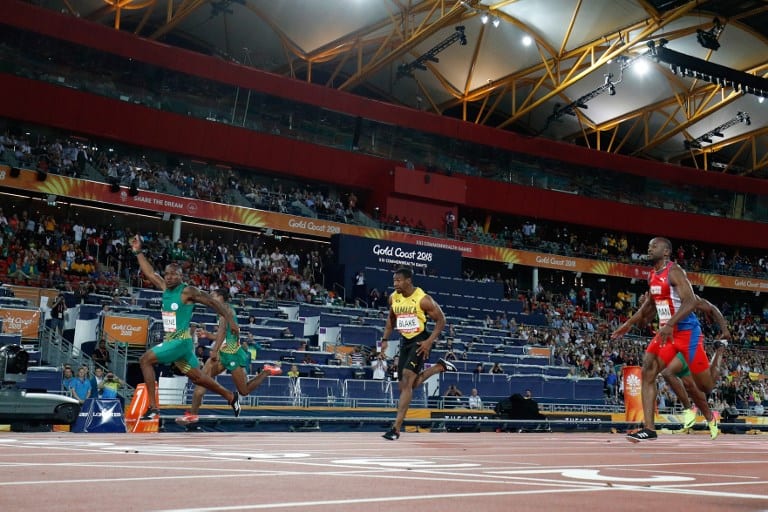 Akani Simbine of South Africa stunned Jamaican favourite Yohan Blake to win the men’s 100 metres in 10.03sec at the Commonwealth Games on Monday.

Simbine stormed through on lane seven ahead of compatriot Henricho Bruintjies in 10.17, as Blake, the fastest man into the final, took bronze with 10.19.

It was the biggest title yet and a major scalp for Simbine, 24, who finished fifth and a place behind Blake in the 2016 Rio Olympics 100m final.

England’s Adam Gemili, the 2014 Commonwealth silver-medallist who was second quickest into the final, withdrew before the race after picking up an injury in the semis.

Trinidad and Tobago’s Michelle-Lee Ahye won the women’s 100m in 11.14, ahead of Christania Williams in 11.21 and her fellow Jamaican Gayon Evans, who clocked 11.22. 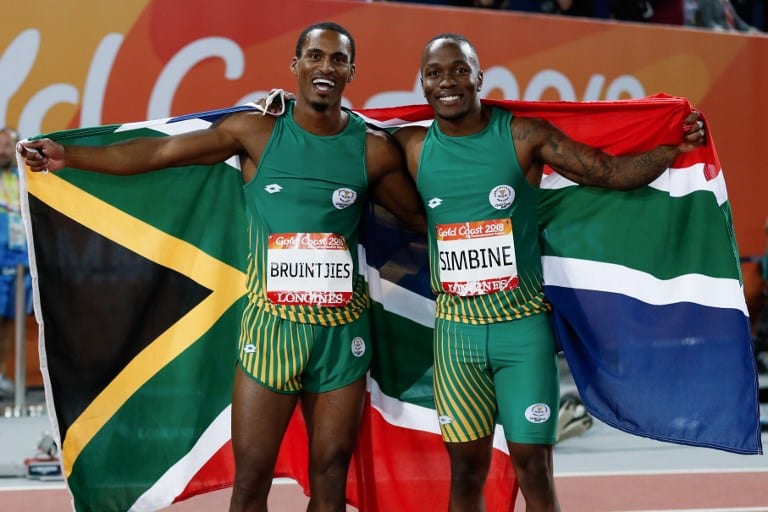