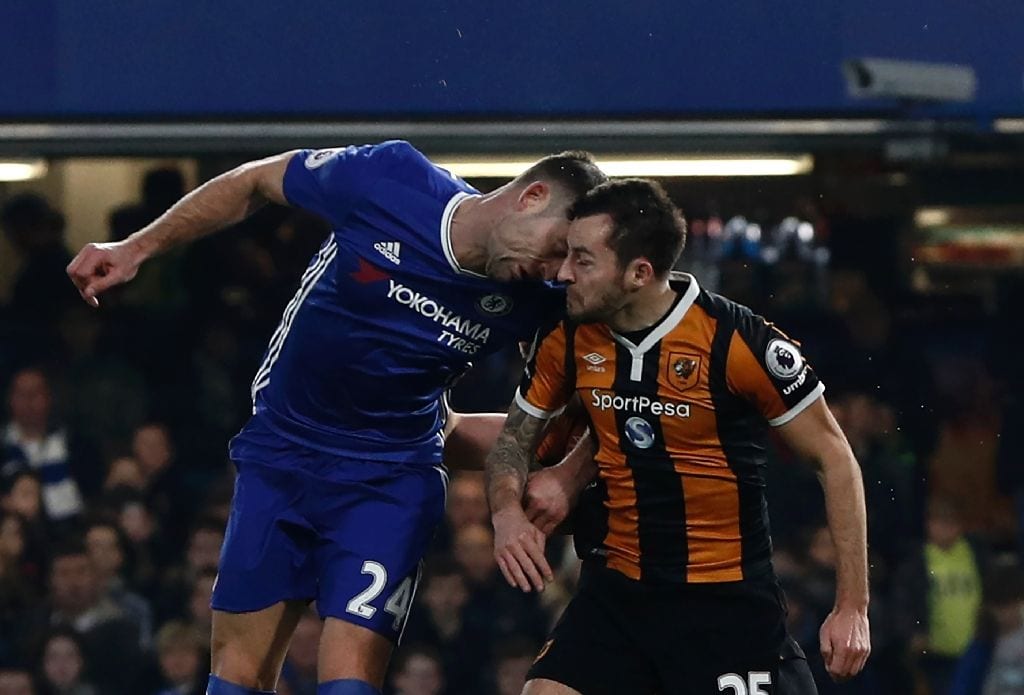 Hull City midfielder Ryan Mason has been talking in hospital about the incident which left him with a fractured skull, the Premier League club said Monday.

The 25-year-old Mason suffered the injury when he accidentally clashed heads with Chelsea’s Gary Cahill in the 14th minute of Hull’s eventual 2-0 loss away to the Premier League leaders at Stamford Bridge on Sunday.

Mason was subsequently taken to the nearby St Mary’s Hospital in west London and underwent surgery.

He was visited by Hull captain Michael Dawson and several club officials on Monday.

“Ryan has been speaking of the incident yesterday and will continue to be monitored at the hospital over the coming days where the club will remain in close contact with Ryan, his family and the staff at St Mary’s.”

The statement added: “Ryan and his family have also been extremely touched by the overwhelming support they have received and would very much like to thank all of those who have posted such positive comments both on social media and in the press over the last 24 hours.”

Following the collision between Cahill and Mason, medical staff from both clubs sprinted out to attend to the two players, with referee Neil Swarbrick halting play for close to 10 minutes as they each received on-field treatment.

Central Defender Cahill returned to his feet and scored Chelsea’s second goal, a header, in the 2-0 victory but Mason left the field on a stretcher while receiving oxygen treatment.

Several hours after the final whistle, a Hull statement confirmed that Mason had sustained a skull fracture.

Clubs and players from across England and beyond sent messages of support for Mason, among them former Manchester United and Chelsea striker Radamel Falcao, who tweeted: “My thoughts and pray for Ryan Mason. Get well soon!”

Gareth Bale, who played with Mason at Tottenham Hotspur, tweeted: “Get well soon Mase!! Thoughts are with you and your family, stay strong!!!”

Immediately after the match Chelsea head coach Antonio Conte said all those connected with the London club hoped Mason would enjoy a speedy recovery.

“It was a bad accident with Gary and, I must be honest, after the first half also Gary wasn’t really good. He decided to continue the game,” said Conte.

“It was very bad this accident. Everyone at Chelsea, we hope to see him very soon on the pitch and to recover very soon.”