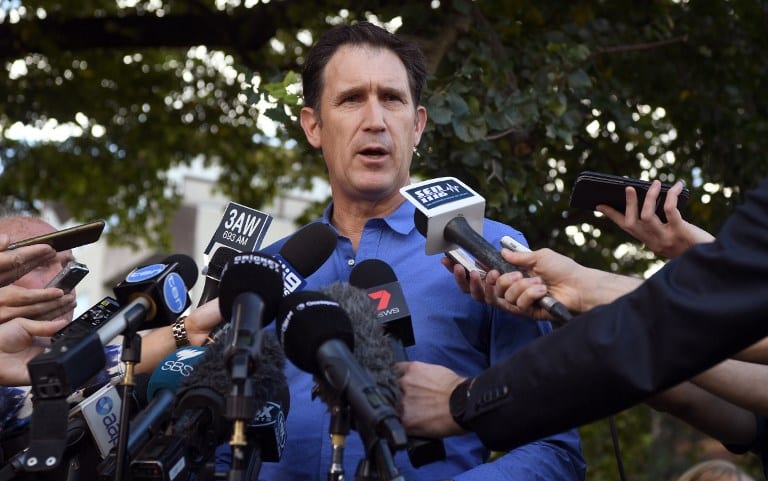 The Indian Premier League on Wednesday banned disgraced Steve Smith and David Warner from playing in this year’s tournament after the Australian ball-tampering scandal.

Smith and Warner have $1.9 million dollar contracts, Smith with the Rajasthan Royals and Warner for Sunrisers Hyderabad in the cash-rich Twenty20 tournament.

Cricket Australia has reportedly banned the two from playing for their country for 12 months because of their cheating in the third Test in South Africa.

“The players that they have banned, we are also barring those two players from this season,” IPL chairman Rajeev Shukla told reporters.

“The franchises will get replacement for the players. We did not take any decision in haste, it was a well thought out decision.”

Smith and Warner had already stepped down from the captaincy of their IPL teams after they admitted leading the decision to tamper with the ball.

The two are among the highest-paid foreign stars in the IPL, which lasts just seven weeks.

The Board of Control for Cricket in India (BCCI) said its top officers had decided “to ban Mr Smith and Mr Warner with immediate effect from participation in IPL 2018”.

“The BCCI hopes that the cricketers participating in the IPL hold the highest regard for the spirit of cricket and code of conduct for players and match officials,” India’s governing body added in a statement.

Smith has already been handed a one-Test International Cricket Council ban for cheating in the Cape Town match last week and Bancroft was docked 75 per cent of his match fee.

The controversy exploded on day three of the Cape Town Test last week, when Bancroft was caught using yellow tape to alter the condition of the ball before attempting to hide it in down his trousers.

Smith later admitted the move was planned by the team’s “leadership group”. He called it “a big mistake”.