Snook urges unity as he is unveiled as Simbas boss 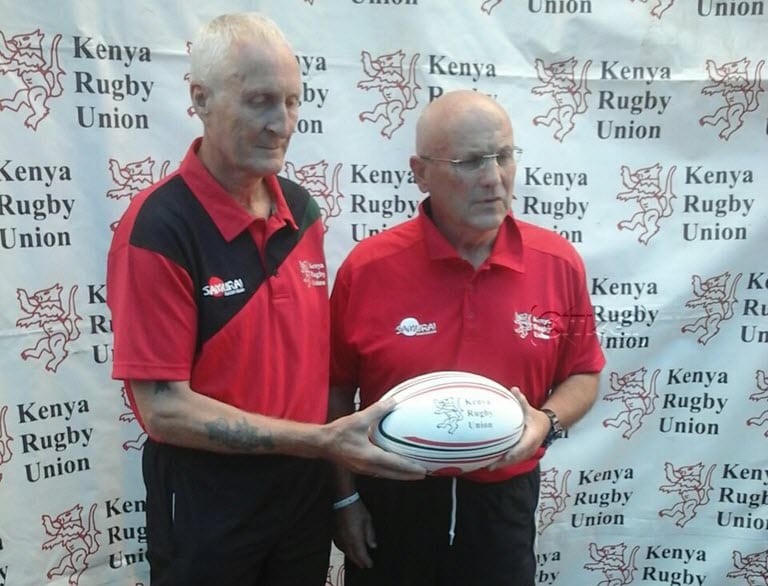 Ian Snook has formally been unveiled as the new head coach of the national rugby 15s team Simbas on a two-year deal.

Kenya Rugby Union (KRU) CEO Ronald Bukusi led the ceremony on Thursday where the New Zealander and his compatriot assistant Murray Roulston were introduced to the public for the first following their appointment last month.

The immediate task for the two will be to turn around the fortunes of a team living in the shadow of their Shujaa 7s counterparts as they seek to make an impact on the global stage.

Snooky, as he is fondly referred to, arrived in the country on Wednesday but wasted little time meeting the Simbas as he took them through a quick training session in the morning at the RFUEA Grounds.

He will take charge of the attacking department while Roulston, who has previously been part of Super Rugby side Highlanders’ coaching staff, will tighten things in defence.

Apart from attack, Snook identified key areas like the scrummaging, line outs as his key focus areas ahead of the forthcoming World Cup Qualifiers.

“If we all come together I believe we  can come up with positive results we only need time to gel and blend together, and hard work that will be the changing factor for me,” Snook told Citizen Digital.

On his part, Murray said he was optimistic the Simba’s unique style will be key in their quest to match the Shujaa’s world acclaim.

“Rugby is not all about the aggression and gym work; it’s about how a team is committed to winning and how they gel together and I believe for the short while, Kenya is capable of greater heights,” the soft spoken Murray said.

The two fill the void left by South African tactician Jerome Paarwater who interestingly has been working with Kenya Cup finalist Kabras Sugar.

The national rugby 15s side Simbas has named a 35-man squad ahead of the Rugby Africa Gold Cup which will double up as the African qualifying round for the Japan 2019 Rugby World Cup.

The coach is currently working with the technical team of Dominique Habimana and Team Manager Simiyu Wangila on their catches against European opposition in the run-up to the Rugby Africa Gold Cup which doubles up as the 2019 Rugby World Cup Qualifiers.

The Gold Cup winner will get a direct ticket to Japan with second-placed also going to the global bonanza. Both the winner and runner-up will be pooled in pool B with World champions New Zealand, South Africa and Italy.

The Africa Gold Cup will conclude on August 18 with all six teams in action, Uganda entertains Zimbabwe, Kenya heads to Namibia and Tunisia hosts Morocco.

The winner of the competition will not only be crowned African champion but will also secure direct qualification to the 2019 Rugby World Cup in Japan with the second placed team joining teams from Europe, Asia and South America in the Repechage process for the final spot at the Rugby World Cup.