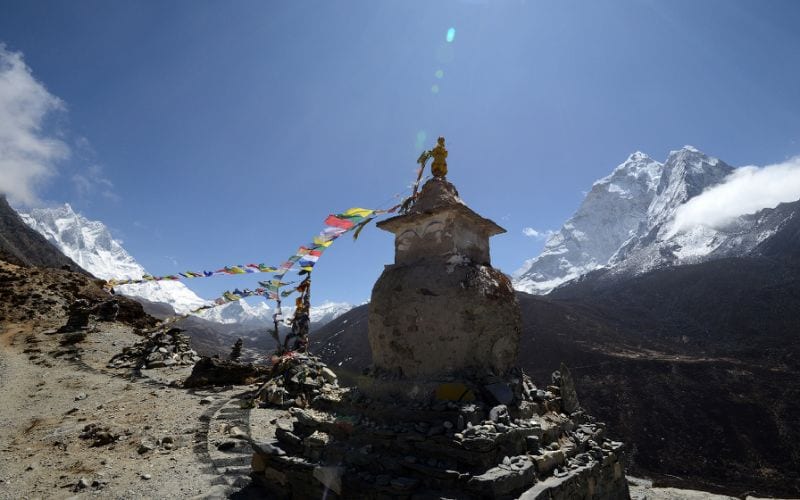 A Russian climber died just below the summit of Lhotse, the world’s fourth highest peak, in at least the third fatality of the spring climbing season in the Nepali Himalaya, officials said Friday.

Rustem Amirov was alone on the 8,516 metre (27,940 feet) mountain, which neighbours Mount Everest, when he died of altitude related complications on Thursday.

“He was climbing solo without any guides with him. The body has not been brought down to the base camp yet,” Gyanendra Shrestha, a government liaison officer at Everest base camp, told AFP.

Climbers attempting Lhotse use the same base camp as those aiming for Everest’s summit.

They follow the same route up the mountain, scaling the sheer Lhotse Face – a 1,125 metre wall of ice – before the path to the neighbouring summits divides.

Amirov, an experienced climber who had previously led an expedition on the 8,201 metre Cho Oyu peak – also in the Nepali Himalaya – only arrived at Everest base camp in early May, according to his Facebook page.

Most climbers arrive in April and spend at least a month acclimatising to the harsh, low oxygen environment.

Altitudes above 8,000 metres are known as the “death zone” among climbers. The air contains less than a third of the oxygen at sea level and humans cannot survive at those heights for long.

Deprived of oxygen, fluid builds up on the lungs and brain, which is fatal if climbers do not reach a lower altitude in time.

Most climbers use bottled oxygen to reduce the effects of high altitude. It was not clear if Amirov was climbing with supplemental oxygen.

A post on Amirov’s Facebook page said that a rescue team was sent but failed to reach him in time.

“High altitude porters were sent to rescue him, and help him down to camp two. Unfortunately it was too late. He was unconscious when he passed away,” the post said.

Hundreds of climbers are attempting to reach the summit of Everest during the April-May climbing season. Just a few dozen are aiming for the top of Lhotse.

Nepal is home to eight of the world’s 14 highest peaks and foreign climbers that flock to its mountains are a major source of revenue for the country.

The rapid growth of the climbing industry has created sharp competition among companies for business, but also led to fears that some are skimping on safety measures for climbing at extreme altitudes.