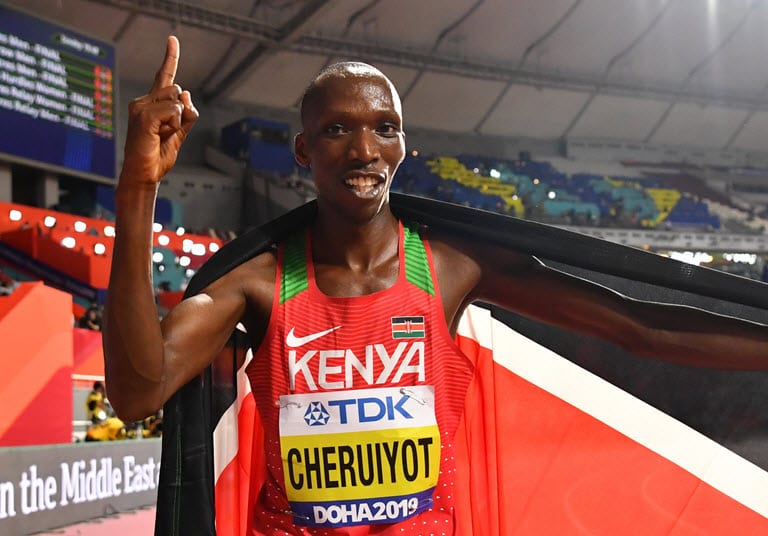 Timothy Cheruiyot left nothing to chance as he ran to victory in the men’s 1,500m final to notch Kenya’s fifth gold in the final day of the World Championships in Doha, Qatar.

The in-form Cheruiyot who led from gun to tape clocked 3:29.26 ahead of Algeria’s Taoufik Makhloufi (3:31.38) and Marcin Lewandowski of Poland (3:32.72) who clinched silver and bronze respectively.

Having dominated the IAAF Diamond League Series for the past three consecutive seasons, Cheruiyot was yet to clinch his maiden gold medal at the global event having settled for silver in 2017.

With his training partner and defending champion George Manangoi missing out owing to an ankle injury, Cheruiyot was definitely the man to beat and he surely lived up to the expectation bestowed on him.

Kenya’s other representative in the race,  Ronald Kwemoi finished seventh in 3:32.72 as he faded off in the later stages of the race having started brilliantly trailing Cheruiyot.