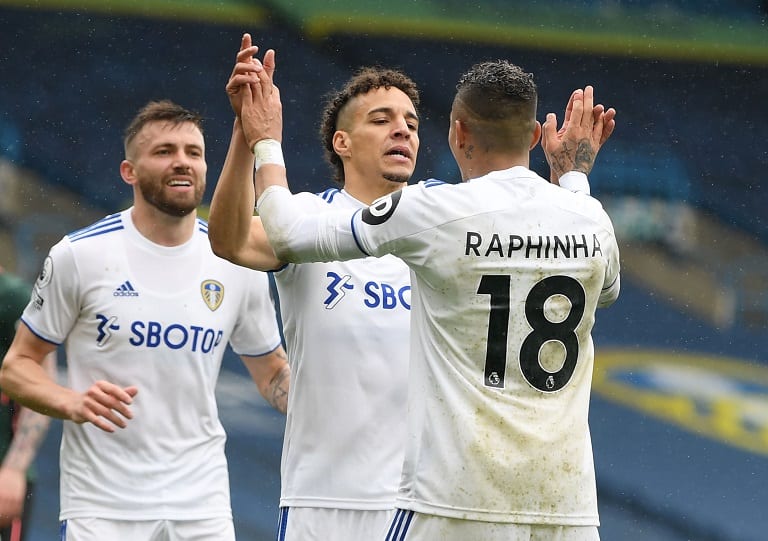 Tottenham Hotspur’s slim hopes of finishing in the Premier League top four faded as goals from Stuart Dallas, Patrick Bamford and Rodrigo condemned them to a 3-1 defeat at Leeds United in a lively game on Saturday.

Tottenham’s interim coach Ryan Mason, who suffered his first league defeat since taking over from Jose Mourinho last month, rued Harry Kane’s goal being ruled out after a VAR check when the score was 1-1.

“I get it if it is an inch offside,” Mason told the BBC.

“It is a tight decision but in my opinion it is not offside. You don’t understand the momentum shift that can have in football. It is a totally different mindset at 2-1.”

Leeds dominated the first half and Dallas fired them into a 13th-minute lead when he swept a close-range rebound into the roof of the net after Spurs goalkeeper Hugo Lloris could only parry a mis-hit clearance by Sergio Reguilon.

Son Heung-min levelled in the 25th with a classy finish after Dele Alli put him through with a defence-splitting pass but Leeds were unfazed and Bamford restored their lead shortly before halftime.

Kane had another goal scrapped for offside after the break and shaved the crossbar with a free kick as the visitors threw men forward before they were punished by a swift Leeds counter.

Raphinha raced down the left flank and squared a perfect pass across the penalty area to fellow substitute Rodrigo, who gave Lloris no chance with a clinical first-time shot in the 84th minute.

“The last few games for some reason we have been good at the back but not created many chances,” Bamford told BT Sport. “It is not good for me, but today we got the balance right.”