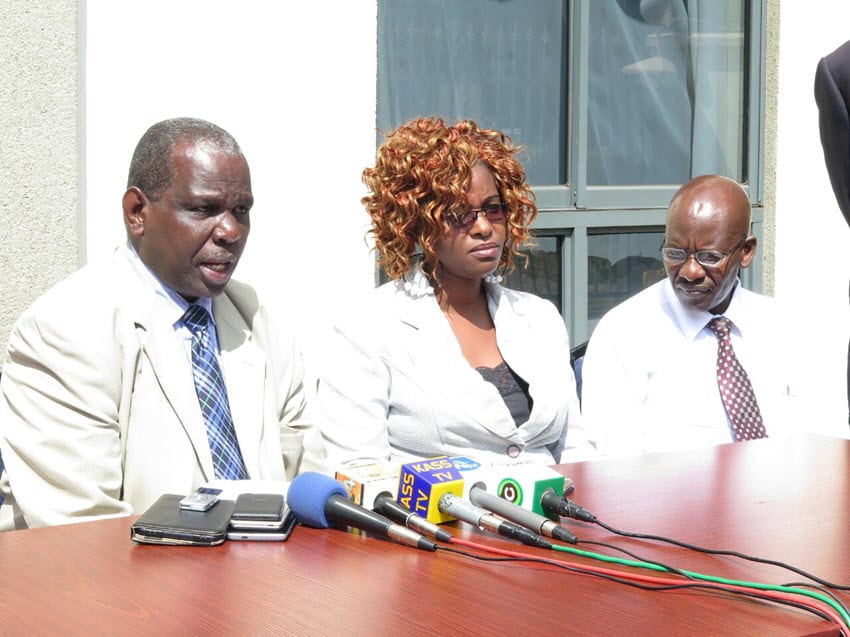 A local hospital has distanced itself from two medics being investigated for doping with its board saying it was not aware of prohibited substance abuse activities involving Kenyan and British athletes at the facility.

The management of St. Luke’s Hospital in Eldoret addressed the media on Monday to state its stand following reports aired by German TV, ARD and published in UK publication, Sunday Times that accused Kenyan and British runners of using banned blood booster EPO at a training camp in Iten.

Anti-Narcotics Police officers have so far arrested and are investigating three medics; Dr. Samson Talei and Ken Kipchumba who are linked with St. Luke’s with a third Joseph Karuri Mwangi operating a herbal clinic in Eldoret on charges related to doping.

“This is the position of the hospital board and management that it was not, and has not, been aware of the treatment and doping activities involving Kenyan or British athletes at the hospital, particularly touching on the two individuals.

“The hospital would like to say the following; it supports the anti-doping programme set up by the Government, it will carry out its own investigations concerning the two individuals and continue to uphold its high standards of professionalism and ethics,” St. Luke’s Board Chairman; Professor Simeon Mining told the press.

“We condemn doping in the strongest possible terms. The two individuals mentioned in this matter are not in any way representing the hospital and should take individual responsibility for the matter,” the don added.

He declared Dr. Samson ceased to be their employee in June 2015 but Kipchumba was still in their books.

The pair was captured on footage shown by ARD and Times investigators with the Anti-Doping Agency of Kenya (ADAK) chairman, Japhter Rugut, telling Citizen Digital on Sunday they contacted the Anti-Narcotics Police to apprehend the medics after watching the material.

Talai was brought before a Nairobi court on Monday but was not charged with police requesting he be remanded for a week as investigations against him continue.

Kipchumba and Karuri were brought before Milimani Law Court on Friday and detained until next Monday (July 18) when charges against them are expected to be preferred.