State of Stadia: Sh35 million spent on Kitale stadium; nothing to show for it 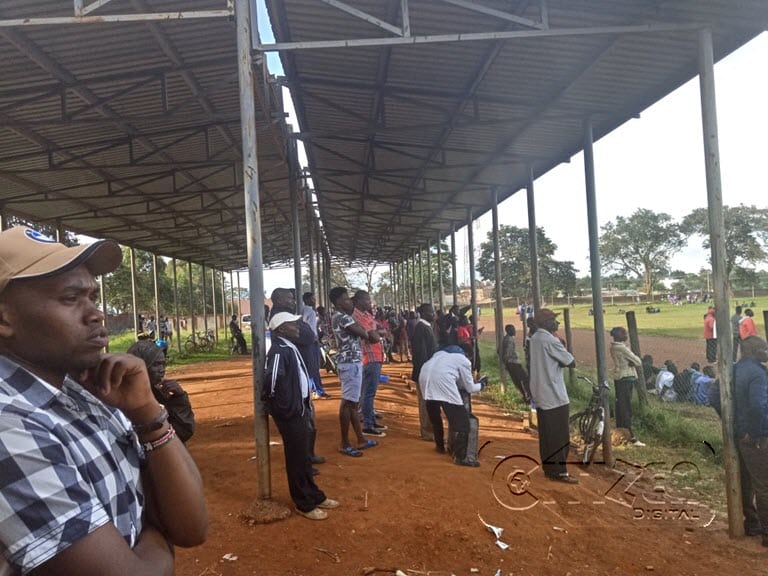 Talent is no doubt the most cherished gift that an individual can have. Rightfully so, the developed world goes to greater lengths to ensure that such promising talents are not only nurtured but shaped to realize full potential. This path is usually long and winding, carved by targets and timelines.

The facilities which help the talents flourish are considered a cornerstone and all stops are pulled to ensure there is seamless transition.

But in Kenya, the above is rocket science, and the reverse is true such that those who make it to the very top do so through sheer grit, perseverance, sweat and divine intervention, and it explains why it takes ages, at times decades for another top talent to sprout.

Stadia which should be a key pillar in driving such vision is nonexistent; from Turkana to Ukunda, Kitale to Garissa, the story of undeveloped stadia makes for an agonising read.

Take for instance the case of  Kenyatta Stadium, Kitale in Trans Nzoia County.

Despite being a rich base of talents, the stadium is in pitiable state; no proper perimeter fence, no terraces. In fact, it’s an equivalent of a public primary school play field for lack of a better word.

“This stadium is like our shrine, every weekend fanatics  throng this facility to watch their favourite teams battle with each other across all sports disciplines, even national celebrations have been held here, but look at its state now,”Kepha Were, a Kitale based activist offered.

Were, like many in Kitale, had banked their hopes that with the advent of Devolution, talented youths would get a glimmer of hope as the county government would pump in cash to refurbish the stadium.

“In 2013, our governor Patrick Khaemba pledged to upgrade the stadium to meet the set standards but nothing major has happened. What we saw was that the stadium got a fresh paint at the front face.

The gates were not erected, the leaking roofs not fixed while the toilets have since ceased to be operational.

Despite all this, Sh80 million has already been used to renovate the stadium,” Were charged.

Were’s sentiments were echoed by Lavington FC coach Oliver Khisa. He said: “We have so many popular football clubs from our locality whom have huge fan bases but every day the fans continue to stay away because we don’t have seats or even terraces where they can sit and follow the matches without interruptions from either rain or the scorching sun.”

He added: “There are no changing rooms in the stadium; at times we have girls who come to practise here but this kind of environment is a deterrent, some of them chose to ‘retire’ young because they don’t have a place to showcase their talent while others have sunk into drug abuse.

County executive for Youths  and Sports Aggrey  Chemonges downplayed the crisis stating that procurement and tender laws were not followed to the letter when the tender was awarded  to the initial contractor which he argues did not have the capacity to undertake the refurbishment.

“ As a county government, we were astonished to find out that the contractor who was awarded the tender to renovate the stadium did not have the capacity as stipulated in procurement and tender laws, a window that gave the contractor a chance to hoodwink the county government that he has undertaken the renovations but after our visit at the stadium we found it to be in dilapidated state, and now the contractor is facing graft charges in court  with at least Sh35 million already spent yet no tangible work,” the  CeC claimed.

Despite  the setbacks, Chemonges says the county government will work round the clock to refurbish and equip the stadium before 2022, adding that some Sh22 million has already been allocated to the stadium in this financial year for its design.