Stima powers to the summit of NSL 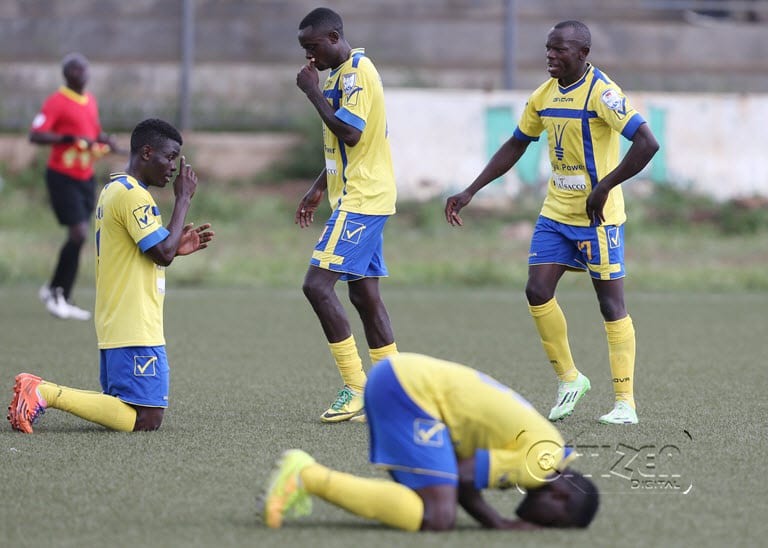 Western Stima are perched at the summit of the 19-team National Super League table after eight rounds of matches following their weekend match; a 1-0 win over  Bidco United at the Moi Stadium in Kisumu.

The hard-fought for victory hauled Stima’s points tally 17, two above second-placed Kenya Police who also had a victorious weekend dispatching St Joseph Youth 2-1. Police, however, have a game in hand while Bidco United, placed third, have 14 points.KCB, Kibera Black Stars and Kisumu All Stars claim the fourth, fifth and sixth places in that order – all on 14 points.

With only two slots available for promotion, it seems, Stima who were relegated from the top-tier league last term, are fighting tooth and nail to earn a promotion.

Speaking to Citizen Digital, head coach Richard Makumbi said his aim is to guide the team back to the top-division.

“We are working hard, and the team spirit is high. We will continue to press on so that we attain our target at the end of the season…,” he added.

At the same time, the team’s former coach Henry Omino has backed the power men to reclaim a slot in the KPL at the end of the season.

Omino who is currently unattached after a long association with the club said: “If they continue with their current form and add more effort they can make it back to the Premier League,” the veteran soft-spoken tactician told Citizen Digital on a phone interview.

Stima’s next assignment is against winless Nakuru All-Stars who have had a miserable campaign this season.

The two sides will cross swords at the Afraha Stadium this Friday with the latter aiming to pull the shock on the power men.

Meanwhile, the head coach of Kibera Black Stars Godfrey Oduor has commended his boys despite a 2-1 defeat in the hands of Nairobi City Stars in last weekend’s matches.

He said: “The game was fantastic and the boys did extremely well but City carried the day for scoring and defending very well.

He added: “We, however, need to work on some modalities especially in our attacking; we need to register remarkable results in our games.”

Owing to the weekend defeat, Kibera dropped to position five on the table on 14 points.