Super 8 champs Kayole out to fuel title charge at Umeme 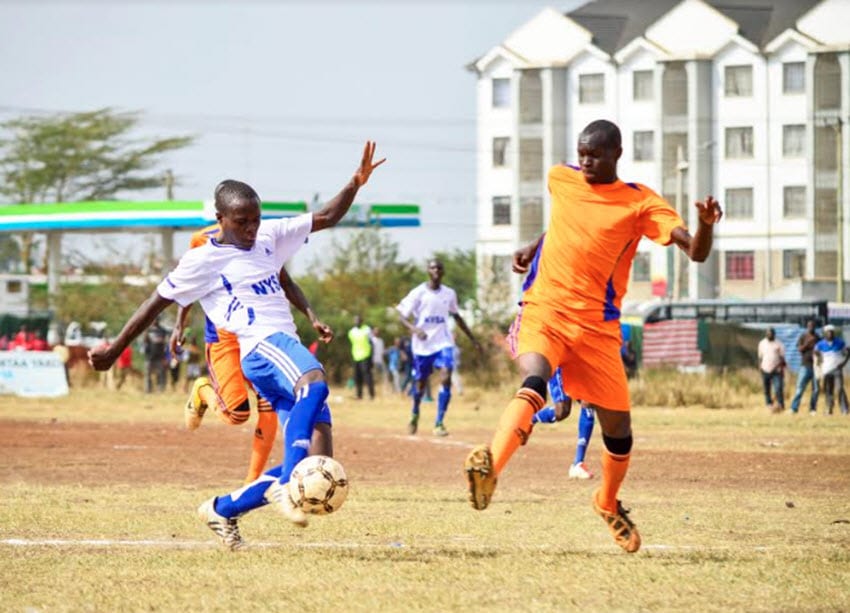 Kayole Asubuhi travel to newly promoted Team Umeme’s home turf at the Ziwani Grounds on Saturday as the Super 8 Premier League champions aiming to steer their title defense back on track.

The titleholders lost 2-1 in their season opener against East Conference side MASA FC but will have their chance for redemption when they tackle the league’s newbies as the campaign enters its second round.

Their clash is the only fixture slated for Saturday with seven others set to be played the following day in what is promises to be an action-packed Sunday.

Umeme Coach Aggrey Ongoli asserted the side is revved up for their biggest test yet after a second place finish at the Division One league last term guaranteed their ascent into top flight.

“We are know it will be tough match but we are preparing accordingly we don’t fear them. we performed well last game despite being underdogs and we are going to use the same tactics, we will be looking for a win this time round,” the former Posta Rangers man stated.

Kayole marksman and former Gor Mahia FC player Isaiah Omondi said the team is eager to bounce back as he rallied his teammates to put behind last weekend’s loss and regroup for their title defense charge.

“It was our first game which we played well but the results did favour us but that is football. It is still early in the season and we have plenty of time to correct our mistakes. We are working on improving on our tactics but we expect a tough challenge this weekend but we are hoping for positive results,” Omondi underscored.

On Sunday, Kabete United welcome Kiambiu Youth on the back of a thumping 6-1 win over Ngando Youth Association (NYSA) and will be aiming to build on their opening momentum at the Ngong Posta grounds

At CID grounds in South C, rivalry will be renewed when last year’s West conference winners and bronze medallist TUK FC and perennial foes Kawangware United lock horns in what is expected to be cracker.

The two sides met thrice last season where TUK emerged the better side on two of those occasions while Kawangware managed just one point in the other with the recent being at the quarter finals stage of the Sportpesa Super 8 Champions League where TUK won 3-1 and proceeded on to clinch the shiny accolade.

Besides that, in the league normal the university students beat the visiting Dagoretti outfit 3-2 in the first leg before sharing the spoils in a 1-1 lock down in the final leg.

Kawangware who occupy third position on the log with three points and a two goal difference following their 3-1 away win over Macmillan last Saturday will be hoping to replicate their earlier performance to down TUK for the first time this season.

TUK who were held to a 1-1 draw by Ajax FC in their previous league match at the weekend lie 10th with a single point.

Metro and Meltah Kabiria clash at the Drive Inn Grounds while MASA will be away to Kabete United for their second round tie at Kabete grounds.

Macmillan who were the only promoted side to falter in their first attempt in the main league last weekend after being hit 3-1 by Kawangware will be searching for maximum points if not one when they visit Ajax.

Ajax sits sixth on the log with a single point while Macmillan are placed 14th.