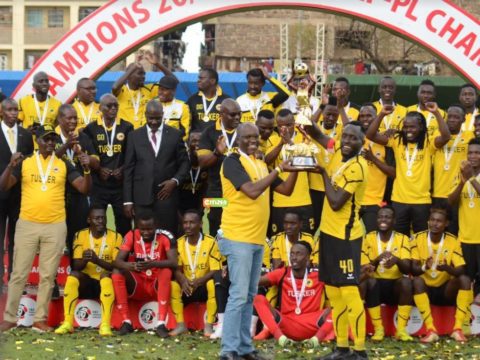 The FKF Premier League champions Tusker FC will launch their title defence with an away match against AFC Leopards at the Nyayo National Stadium on September 25.

The fixtures schedulers have set the curtain-raising Super Cup game for Wednesday at Thika Stadium in a clash that will pit cup winners Gor Mahia FC against the league champions Tusker.

Record Kenyan champions Gor will host KCB, who finished second last term, next Saturday at the Kasarani Stadium with promoted FC Talanta hosting Wazito FC later on the day at the same venue.

The final member of the 18-team FKF Premier League will be confirmed this weekend when Vihiga United and Police FC face off in the second leg of their promotion play-off. The opening leg ended in a 1-1 draw at Mumias Complex last Sunday.