Swila: Fare thee well Kadenge, but pardon us for not doing enough for you 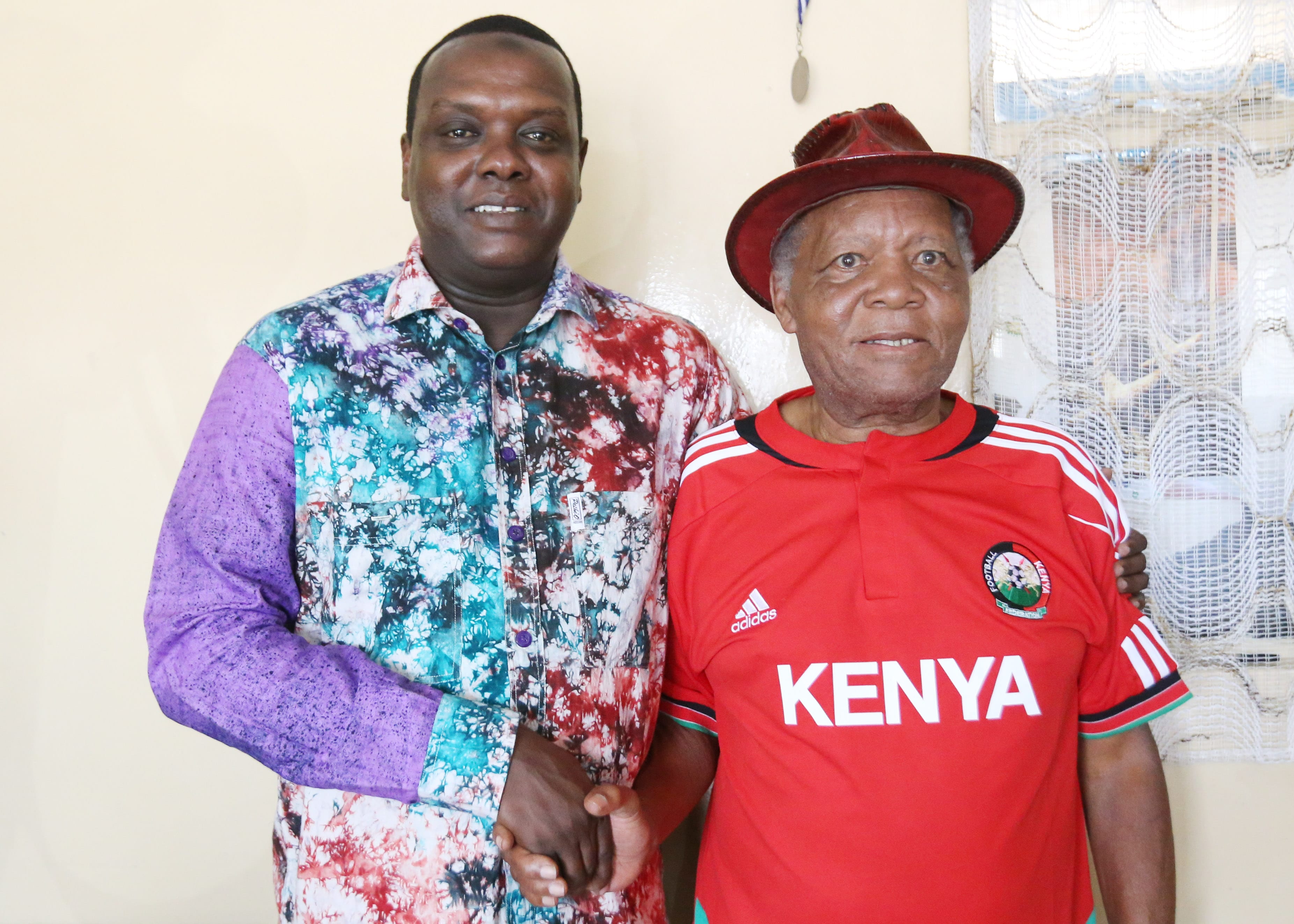 At about 4pm today, the casket bearing the remains of the legendary 84-year-old Joe Kadenge will be lowered in its final resting place in his Soliani home bringing down the curtains on the illustrious life of the ex-footballer, the soccer wizard who awed many with his skills in the 1960s.

His death and subsequent burial closes a chapter on the life of a man whom many have described as “the greatest footballer” Kenya has ever produced.

His demise comes in the wake of a protracted battle with illness that ravaged his once powerful body which tormented defenders with ease at his prime.

There is no gainsaying that Kadenge, born 84 years ago was passionate about sports particularly football which was his love. Beginning his football journey in Nakuru where he turned out for North Nyanza FC, Kadenge would make his football footprints here and before long he joined the Ablauhya FC, the then famous football club in western Kenya which later morphed to AFC Leopards.

His talent would later see him earn call-ups to the national football team Harambee Stars, and it is here that his star shone brightest earning him millions of admirers.

In fact when the football books will be analysed, Kadenge is among the breed of past footballers who will be remembered for having flown the Kenyan flag high at the dawn of independence and through the formative years alongside the likes of Ali Sungura at the Gossage Cup, now known as Cecafa Senior Challenge Cup.

According to veteran sports journalist Roy Gachuhi, Kadenge was a star performer in the Kenya team that defeated Scotland 3-2 to win the Uhuru Cup on December 15, 1963.

In total, he donned the national team colours for 14 years, working under great coaches such as German Eckhard Krautzun.

Even in his 80s when he was at the sunset of his career, Gachuhi reckons that, “ the feints, the sudden turns, the juggling and the power packed shots, were still well remembered, and that he symbolized the beauty of the game.”

“He is also the only player to be honoured with a testimonial match by the football federation of that time when on March 11, 1975, Kenneth Matiba’s KFF organised a match between Yanga FC of Tanzania and Abaluhya FC (Kadenge’s club) of Kenya where he featured, a testimonial match for that matter. To date, no player has had such an honour,” Gachuhi wrote in his tribute to the legendary soccer wizard. 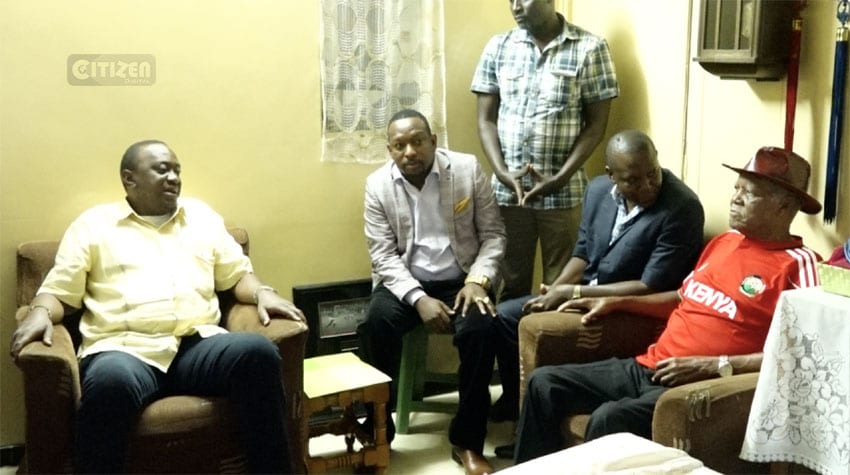 After this match, Kadenge officially retired from the game he so dearly loved, never to juggle the ball again, instead heading for the dug out where he served in various roles including that of team manager of the national football team Harambee Stars.

Poignantly, when his life is re-examined by the generations to come, he will be remembered for his flair on the pitch and the entertainment he gave to millions, many of whom followed his football exploits through radio commentaries by the likes of Mbotela and Jack Oyoo Sylvesters of this world.

In his death, politicians of all shades, ex-internationals, relatives and friends have thronged his homes giving warm tributes.

It should however not be forgotten that in life, particularly in his old age, the good old Kadenge struggled to make ends meet.

He worked as a taxi driver even in his 70s just to put food on the table, when the many politicians who are poised to grace his burial cared little about him. 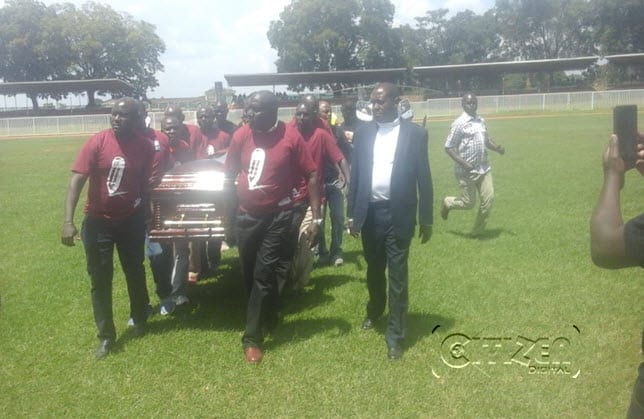 In ill health he could not afford quality health care making a public appeal through the media for President Uhuru Kenyatta to come to his aid.

To call a spade a spade, of the political elite that are falling over themselves in his death, only ODM leader Raila Odinga and Kenyatta showed care for the old man.

It is therefore hypocritical to see the political elite  eulogize Kadenge with lavish words but will care little of what becomes of the generation he has left behind.

Kadenge was a legend who put Kenya and her game in the map of respected football nations moreso in Africa, in the era when TV production of matches was a unheard of in this part of the world.

He has died without fulfilling many of his football dreams.

Had he lived in our era, there is no doubt he could have been among Kenya’s crème de la crème that would be plying their trades in Europe with the likes of Victor Wanyama.

The only honour we can bequeath him is ensuring that we develop soccer to the standards he so wished, those that would make Kenya a football power house.

Tapping of talents, setting up of academies, and building stadia in his honour is the most prudent way to say ‘thank you’ to the old man for the years of good service he gave us.

On the same vein the government must take a hard look at itself and reexamine ways of appreciating our heroes in their lifetime. Plans have been mooted to rename the Nairobi City Stadium after him but why in death?

If we are to honour him through this gesture, then the government should build a brand new world class facility, one of those promised by the Jubilee regime, and name it after him.

We should also not forget that even in death his wish was to have the government hand over the house in which he lived in in Nairobi’s Mariakani area in South B to his family.

We do hope that President Uhuru Kenyatta will find it fit to honour the old man’s wish.

We share in the family’s pain, and pray for their comfort, the loss of Kadenge is a loss to Kenya, our game poorer without him.