Swimming with crocodiles in River Yala 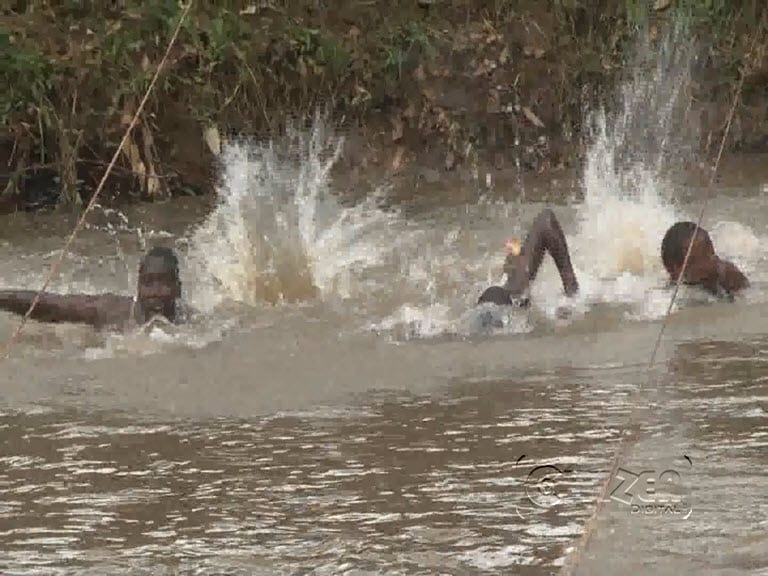 The story of Kwirenyi Secondary School’s swimming team is moving as it is inspiring.

You see, in rural Kenya, swimming pools are associated with affluence and only the privileged few have the unique chance of accessing let alone using them.

So, basically, it’s the elite academies which can afford the privilege. Therefore, naturally, in most rural setting, school children opt for the easier option of plunging into nearby rivers and streams – where apart from fulfilling their hobbies they also nurture their talent.

These school children not only dive into the waters for the thrill of it, no, they want to fill the craving associated with swimming.

But be as it may, the thrill comes with its fair share of challenges as they expose themselves to risks such as potential attacks by wild animals.

Nowhere is this tale best mirrored than at Kwirenyi Secondary School in Shinyalu Sub-County, Kakamega County.

Despite the oblivious danger, the learners exposé themselves to, and against all odds, the students of this remotely located school have defied the odds in the past four years to clinch the regional school swimming competition trophies. 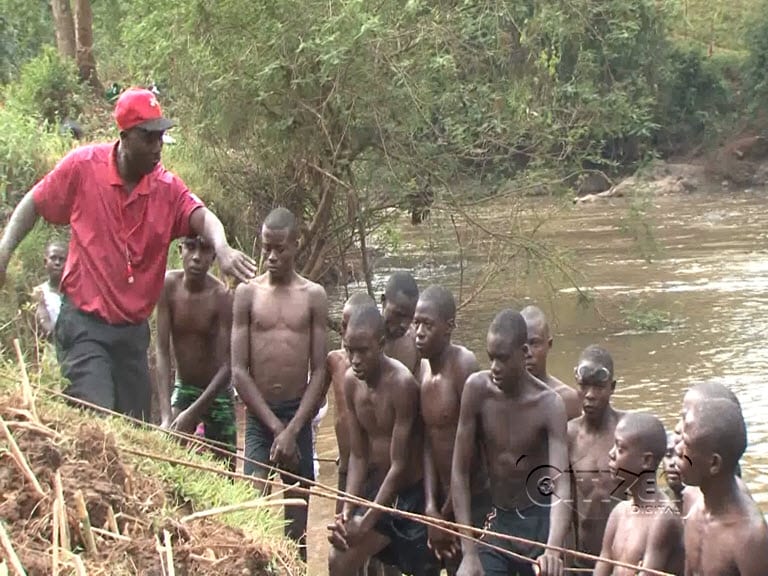 Since 2014, they have been an ever-present feature at the national school competitions.

And where else could they be honing their skills other than in River Yala!

Owing to the proximity of the school to the river, the students have taken advantage of the “golden opportunity” to practice in this river, the dangers notwithstanding; their goal– to better their swimming skills.

But in this part of the world, the river is mainly associated with underwater gold mining, and most people have lost their lives here either through suicide or accidents.

The river is also known to have faunas such as the crocodiles which have claimed several lives.

But despite all the perils, the brave students Kwirenye Secondary have defied it all, turning the river into a swimming pool from where they train with remarkable ease. But at the end of it all, they have results to show for their efforts.

Last year, for instance, the school produced one of the top performers at the national school games, Pius Shivonje, who topped in the breaststroke category.Shivonje is now a Form Four student.

Besides Shivonje heroics, his two other colleagues, Titus Ikimilu and Justus Matekwa (both backstroke) made it to the national competitions.

Interestingly, Shivonje started swimming at a tender age of eight while grazing their cattle on the banks of River Yala.

“We used to go grazing with my friends and had to sometimes rescue our cattle from drowning in the river, which is how I learned how to swim,” Shivonje told Citizen Digital in an interview.

Now in his final year, Shivonje has ambitions of clinching the national accolade but fears that the dream may come to naught with the lack proper kits.

His goal is that when the competitions begin on February 15, he would have acquired all the equipment to make him a national champion.

Interestingly, the river is not only used for swimming purposes. Each day, some of the students who live in Isikhi village, located on the opposite end of the river, have to literally cross it by swimming to reach their school exposing themselves to grave danger.

Shivonje is among this cluster of students.

He says: “The Bridge is far from here (where they live) and if we had to go all way we will be late to school.

“So, on a daily basis, we carry two sets of clothes that we remove and swim as early as five in the morning then change when we reach the other side” Shivonje said.

Shivonje’s father Joshua Shivonje, 65, is a gold miner at River Yala. Titus Ikumilu, 18, a Form Four student, lives across the river and is among those who have been left with no option but to learn the art of swimming so as to help him navigate his way across the river to reach school which is located across the river in Kwirenyi village.

Ikumilu’s father is also a miner and has 6 siblings who are all good swimmers.

Dunston Miheso, a former student at the school who sat his four examinations in 2017 was, for instance, the third best swimmer at the national school games competition last year.

But Miheso has now been forced to stay in the village due to lack of a sponsor to enable him to pursue his swimming talent.

“l have been helping my dad with his gold mining job along R. Yala since I sat my ‘O’ level exams last year. In our village or county we don’t have an academy to enable me to pursue swimming which is my passion,” Miheso mourned.

For Snyder Atsianzala, her story is motivational as much as it is saddening.

Last year she missed out on an opportunity to compete at the national school games due to lack of swimming costumes.

The 16-year old was among the top performers in western regional competitions in 2017 after she earned a second place finish.

She told Citizen Digital: “I was knocked out of 2017competition due to lack of proper swimming costume even after finishing second and qualifying for nationals,” Atsianzala said, referring to her impressive debut performance while in Form One. She is currently in her second year of study.

According to Atsianzala, her passion for swimming is innate having ventured into it as an eight-year-old 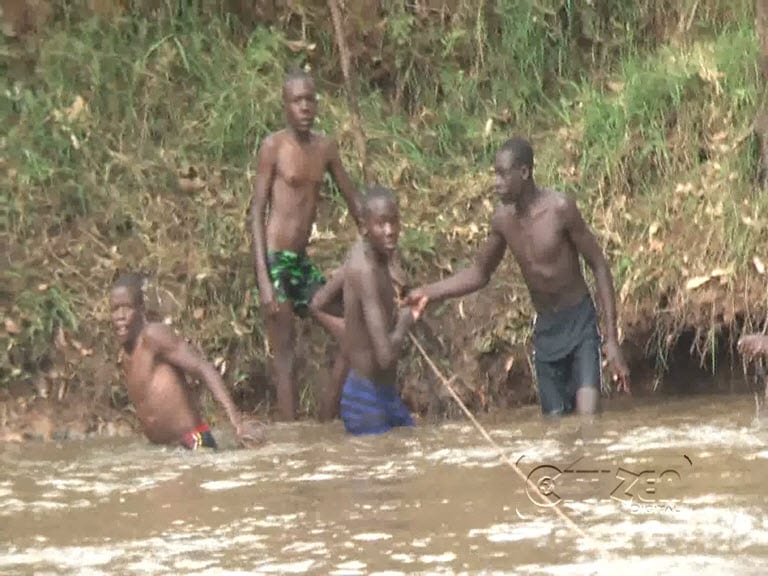 During her formative years, she would collect firewood by the bank of River Yala and that is when she used the chance to polish her swimming skills.

Right now she is a good swimmer and can comfortably compete in the backstroke and breast categories.

Other girl swimmers who have reached the regional level of school competition are Claire Muhele who finished fourth and Irene Shilwatsa who clinched a fifth-place finish in freestyle-style during the 2017 regional competitions.

The fact that most of the students join Form One with basic swimming skills has been an added advantage to the team’s swimming coach Edward Isoso .

“This (prior experience) has helped us. What we basically do is to teach them the styles like backstroke, breast and the like, because what most of them know is to move from one point to the other.”

But being a public school and with no proper resources like a swimming pool,  Isoso says that in most occasions the school is forced to hire a public service vehicle(PSV) to ferry the students to either Mudasa Academy in the neighbouring Vihiga County or to the Kakamega Golf Hotel for proper training lessons.

In a week, for instance, the school parts with Sh 20,000 to hire a PSV which is costly going by the shoe-string budget the school operates in.

“We prefer Mudasa as it has the standard pool that helps our student learn a lot,” said Isoso, the team coach.

The school which was founded in 2000 currently has a population of 420 students and a team of 24 swimmers but is still widening the number by recruiting more members.

Built on a hilly and rocky place, the landscape does not give learners the ideal environment to practice other sports such as football, volleyball et al making swimming the most popular sports venture.

But amidst the challenges, the school management led by the principal James Amalemba is calling for sponsors and well-wishers to come on board and help them actualise their dreams.

“We have the potential. We are County champions and we can as well represent our country if we get all the facilities,”he said.