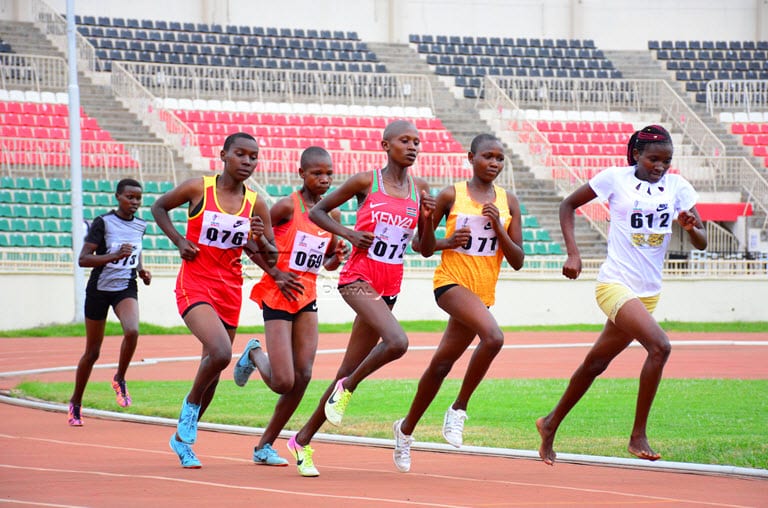 Kenya’s sole representative in the women’s 400m, Sylvia Chelangat says she has invested a lot in training and has exuded confidence that she can advance to the 400m final and deliver a medal for Kenya during the World Under-20 Championships.

Chelangat, who aspires to be a farmer, is hoping to emulate her mentor and coach, a former Olympics 800m silver medalist Janeth Jepkosgei and hopes to use the 400m to launch her career in the 800m come next year.

The 17-year-old from Nakuru County, met her mentor through her school teacher Salome Mutai. Her parents were surprised to learn that she was competing in athletics since no other family member in her family has ever shown interest in the sport.

“I loved watching athletics as a young girl and from there, I ventured into the sport as a young girl back in the village with my play-mates. When Janeth used to run, I was quite young and didn’t know much about athletics. Now she is my mentor and a coach. I would like to compete in the 800m like her. She started with the 400m.”

“I didn’t know much about sprinting, for example how to set my blocks and how to use the curves to my advantage. In most cases, I relied on other people to set the blocks for me. More often, I found myself infringing on my opponents lanes and as you know this can be very costly mistake during competition,” said Chelagat who started as a footballer before moving to athletics.

Her counterparts in the men’s 400m Elkana Kiprotich and Kennedy Kimeu will also be eyeing a podium finish. Kiprotich was drawn to athletics after watching two-time Olympics champion David Rudisha on television.

“A television Kiwi advertisement that featured Rudisha is what attracted my attention to athletics. It was after this that I started reading more about athletics in newspapers and embraced running while I still in primary school. I am happy that I made such a decision. In future maybe I will upgrade to 800m or follow in the footsteps of USA based Emmanuel Korir and double up in the 400m and in the 800m,” said Kiprotich.

Sprints coach Andrew Maritim has been putting emphasis on how the athletes use the blocks, speed and reaction as the competition fast approaches in a few days’ time. “I have been with the athletes for the last three weeks. They have been cooperative and quick to learn. I have tried my level best with them to give them a chance to compete for the podium places.

We have been working on speed work, the reaction and acceleration before they run even how they are supposed to set their blocks,” said Maritim.