‘Tailored to win’ – Wanjiru out to rock London again 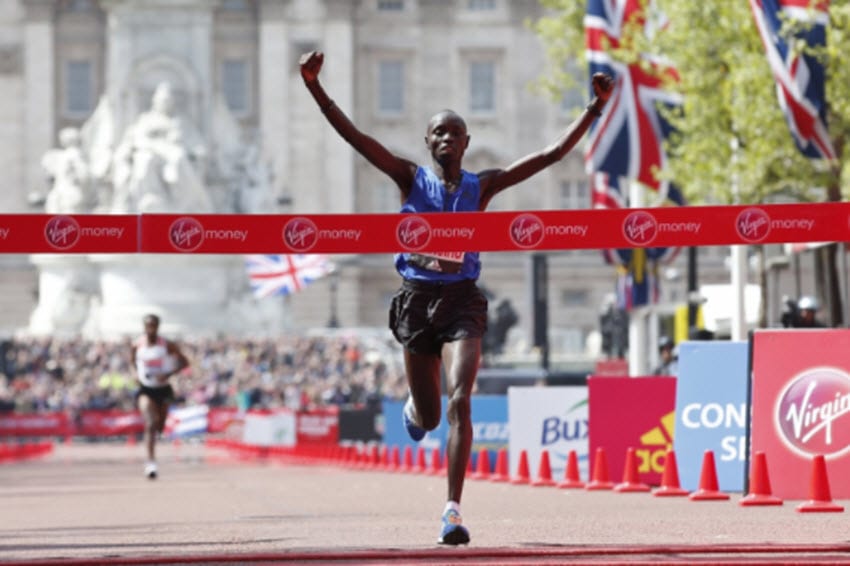 After bagging this year’s London Marathon title, Daniel Kinyua Wanjiru will be heading back to the English Capital bearing aspirations of a similar triumph when he lines up for Kenya at the IAAF World Athletics Championships in August.

Speaking to Citizen Digital after formally confirming his participation at the championships, Wanjiru could barely hide his joy after impressing Team Kenya selectors.

“I’m very excited to be part of Team Kenya. It has always been my dream to represent my country. My training is tailored to win a gold medal for Kenya,” an elated Wanjiru said.

Wanjiru announced his arrival at the World Marathon Majors (WMM) last month by taking the top podium place in 2:05.48 ahead of track legend and Berlin Marathon champion Kenneisa Bekele (2:05.57).

He will team up with Boston Marathon champion Geoffrey Kirui  who will be representing the country for a second time on the global stage. Chicago Marathon second runner up Gideon Kipketer seals the first three places.

Paris power couple Paul Lonyangata and Purity Ronoriopo also got their first national call up reserve athletes and will be joined by Valentine Kipketer.

Athletics Kenya (AK) formally announced the team of  nine athletes on Tuesday after athletes had made their confirmations.

The team is expected to report to camp next month on 5th at Naiberi, Kaptagat (Uasin Gishu County) where Team Kenya for the Rio Olympics Games had camped.