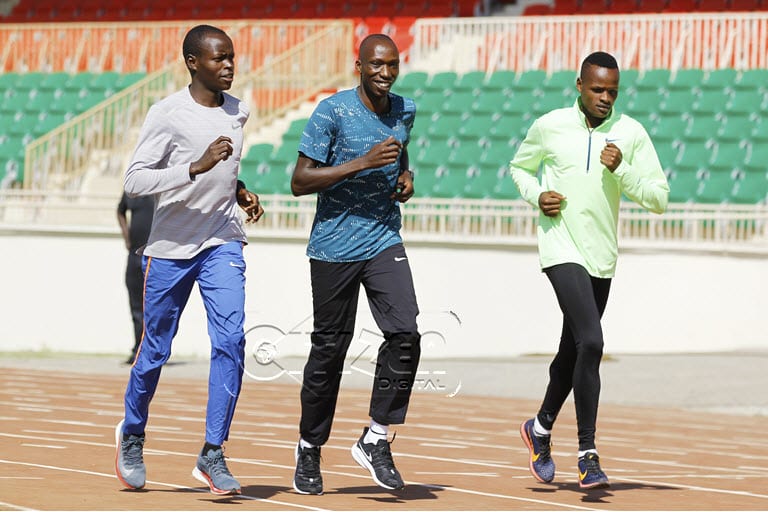 It will be business as usual for Kenyan athletes when they take on their Norwegian counterparts in a virtual 2000m Maurie Plant Memorial race planned for Thursday.

The race is named after Australian athletics figure Maurie Plant who died on January 19, and will be held the same day that was slated for Oslo Diamond League.

The Kenyan team dubbed ‘Team Cheruiyot’ will be led by world 1,500m champion Timothy Cheruiyot who will team up with compatriots in Commonwealth Games 1,500m champion Elijah Manangoi and Edwin Meli.

The trio will be joined by pacemakers Vincent Keter and Timothy Sein– with all the athletes training at Rongai Athletics Club.

The Norway team will consist of Ingebrigtsen brothers– Filip, Jakob and Henrik while Narve Nordas and Per Svela will be their pace makers.

The competition will be at Nyayo National Stadium in Kenya while the corresponding race will go down miles away at the Bislett Stadium in Oslo.

While it might not be a competitive race like any other conventional race, Cheruiyot and co will be leaving nothing to chance. 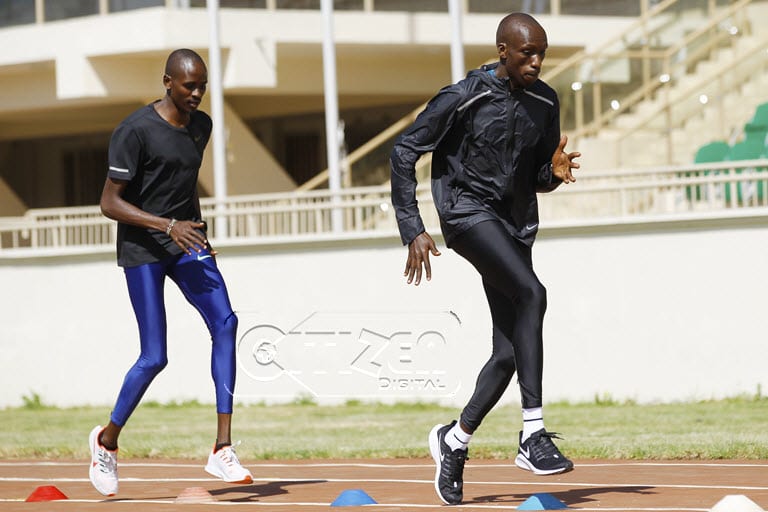 “We want to try to run faster, our target is to complete the race in under four minutes and 50 seconds. We are confident we can achieve that,” said Cheruiyot who is the team leader.

After months of being on the sidelines due to the Covid-19 pandemic, the athletes will also be seeking to dust off their spikes ahead of the new season that is slated to kick off in August.

“We have had good training sessions and the body is responding very well especially after being out of track for a long time,” Cheruiyot said.

For Manangoi, the prospect of returning to track after shrugging off an ankle injury which locked him out of the 2019 World Championships is exciting.

With the athletes being 1,500m specialists, they will have to cover an extra 500m which equates to one lap and a further 100m.

Manangoi also known as ‘The Lion’ is however unfazed and is raring for the challenge.

“I can tell you that it won’t be easy because it is not our race. We are used to three and half laps but we will try our best. Ours is to put God first and with the training we have had with our coach (Benard) Ouma I am certain we can make it,” said Manangoi.

Rongai Athletics coach Bernard Ouma explained that there was little to worry about since they have devised ways of coping with the additional distance.

“The two events actually call for various in-depth energy levels and we do a little bit of adjustments in training and it is something gradual and we are almost there. It is also worth noting that a good 5,000m runner is a good 1,500m runner and so we are still within the range,” said Ouma.

Other events that will be held alongside the race are; Paul Vault men, Discuss and 300m hurdles.