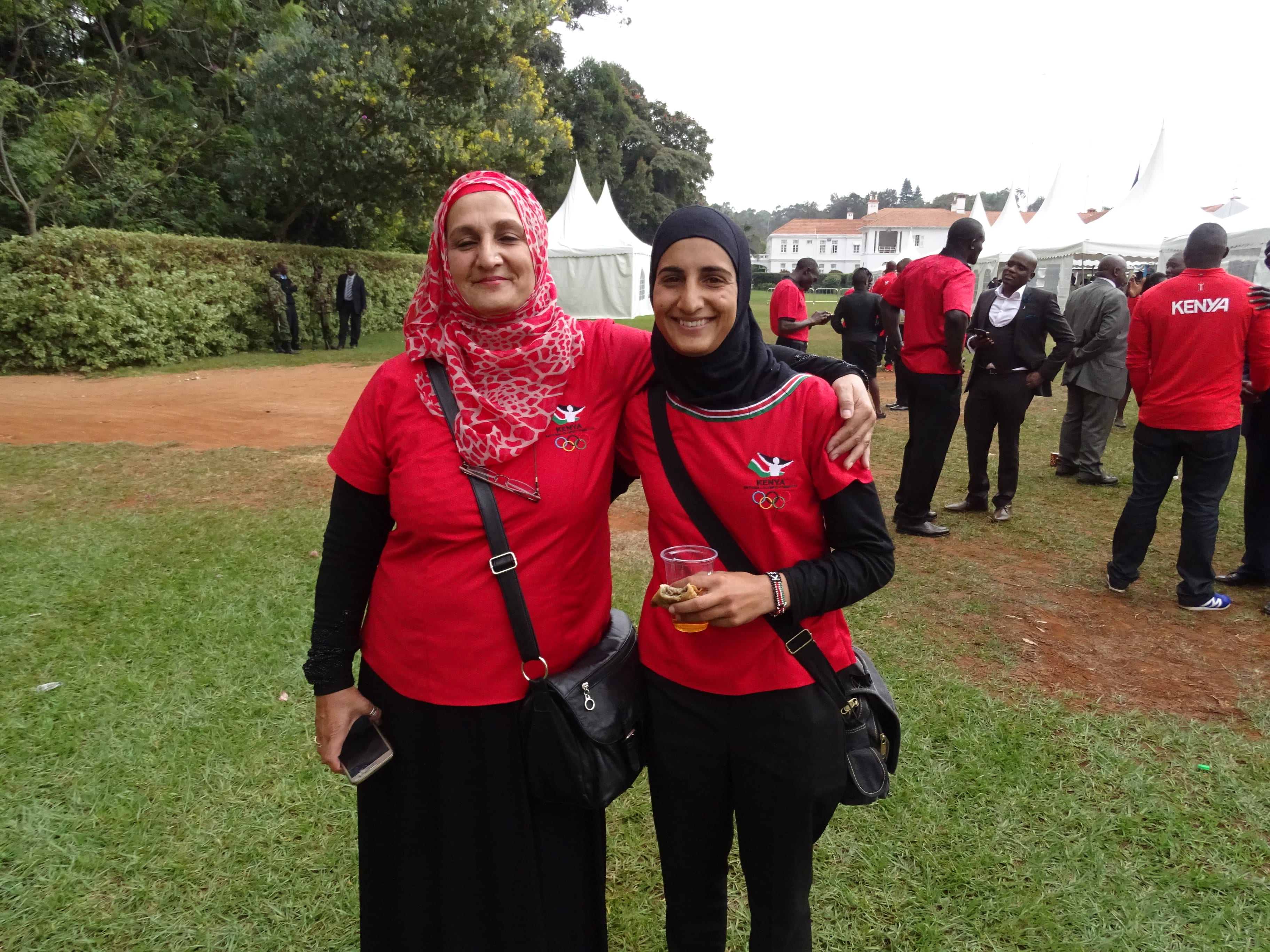 Team Kenya’s first batch for the Rio 2016 Olympics departed for Brazil on Sunday morning as the countdown to the Summer Games that open on August 5 officially started.

Looking elated at setting off for the biggest sporting carnival on earth, the contingent that flew out contained the men and women rugby sevens teams, three boxers, a weightlifter and a female archer as well as their officials.

The male Kenya 7s Shujaa face a daunting Pool C in Rio where they will play New Zealand, Great Britain and Japan while the Lionesses are in Pool B with New Zealand, France and Spain.

Shujaa captain; Andrew Amonde, is confident his team is well prepared and are aiming to win Kenya her first team gold medal in the history of the Olympics on their debut.

“Our main aim is just to do what we can as a team. We had three months to prepare for the Olympics; we did enough from December to now. We have an experienced team and I hope everyone will give their A-game and make sure we are on the podium,” the skipper asserted.

Lioness skipper, Kate Abila set the modest target of finishing among the top eight even though her side has little experience playing in the HSBC World Sevens Series, they

“We are happy with the preparations so far and we are going to give a great performance in Rio. We don’t plan on letting Kenya down and the entire continent too.

“During the two weeks we were in camp, we have worked on several things including our physicality and mental strength. We have also had a few sessions with the men’s team and we have learned a lot,” she added.

Delhi 2010 Commonwealth silver winner, Benson Gicharu Njagiru who will lead the boxers Rayton Okwiri and Peter Mungai to Rio pledged they will punch their way to honours.

“We are going easy on our training, and what we are focusing on is our speed work and weight.

“It’s going to be the toughest Olympics considering each country represented there will be sending their best three boxers,” Gicharu who will feature in his second Olympics after London 2012 said.

“We are up to the challenge since winning depends on preparation. So far we are okay with preparations we had at our camp in Nakuru,” he added.

The sole archer, teenager Shehzana, a daughter of legendary local rally driver, Azar Anwar, is optimistic she will deliver a statement as she flew out with the distinction of being Team Kenya’s youngest exponent.

“I will be continuing with my training when I go to Rio. I need to acclimatize and find my shooting range. I hope I shall fly the Kenyan flag high,” the 16 year-old underscored.

Shehzana will be coached and managed by her mother Tabassum Anwar who told how her daughter worked hard to book herself a place her first Olympics games.

“It’s an asset that an East African Archer is going to the Olympics on merit. She worked hard for outright qualification not, wild card entry. That’s why we have prepared to our highest standards that money can buy,” she emphasised.

The second batch of competitors; the country’s celebrated track and field athletes, will to depart July 31 the last group of marathon men leaving on August  7.