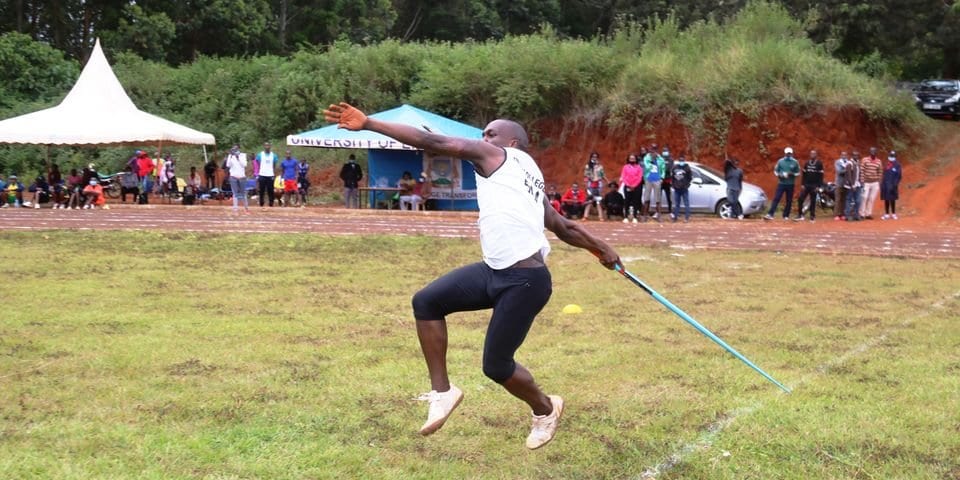 The 18-year-old Fredrick Wamutu from Embu High School hauled 61.28 meters to win men’s javelin as Athletics Kenya Eastern Region picked its team for World Under-20 Championships trials at the University of Embu on Saturday.

Wamatu who has been sharpening his throwing techniques by watching videos on the internet has been working on his skill after he finished fourth in last year’s Under-20 trials in Nairobi.

The World Under-20 Championships are due August 17 to 22 at the Moi International Sports Centre, Kasarani.

At the same time Lilian Nyakio, a form two student at Gatunduri Secondary School claimed a double in women’s 800m and 1,500m with Kevin Muriuki from Meru also claiming a brace by winning men’s 100m and 200m races timing 10.69 and 20.08 respectively

Nyakio who ran a powerful fast-paced race was home and dry in 800m clocking 2:14.3 after relegating Brenda Mukami to second in 2:34.6 as Gerishon Gathemba from Meru took the men’s title in the two-lap race stopping the timer in 3:49.44