The die is cast as Kenya, Burundi collide in Kisumu 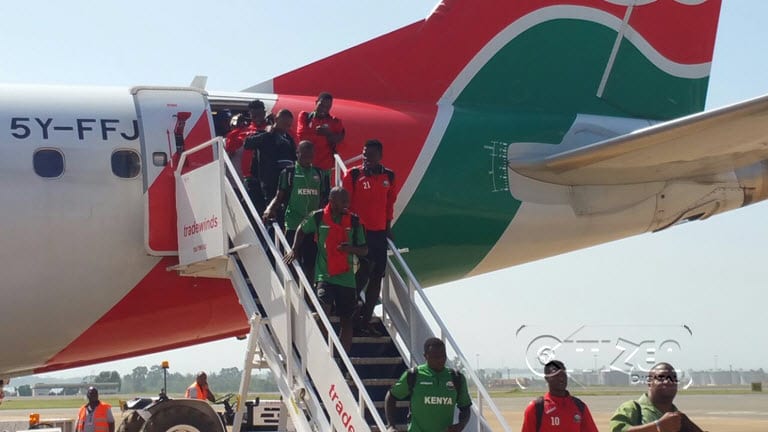 Burundi national team head coach Olivier Niyungeko has warned his charges that Kenya will be a hard but to crack, when the two teams cross swords in the  2017 Cecafa Senior Challenge Cup semi-final at the Moi Stadium, Kisumu, on Thursday.

Niyungeko has labelled the home side, Harambee Stars,  “a stubborn side”, having advanced to the semi finals without conceding a goal.

But despite his caution, Niyungeko is preparing for  the mother of all battles,warning that his charges will be going for nothing short of a win against the hosts who topped Group ‘A’ with eight point after two wins and two draws.

“We are strategizing on how to overcome a side that has all the home support, and has avoided conceding goals this far.

“We are however encouraged because going by the group stage matches, we showed more urge for goals and our opponents have not been very sharp upfront. However that does not mean all will be the same in the semis, because this is a knockout affair. You lose, no chance for amends,” Niyungeko warned.

The Swallows have scored four goals, all coming in their 4-1 triumph over Ethiopia, in their second group match.

They had registered a barren draw against champions Uganda in their campaign opener, before finishing the pool business with a similar score against South Sudan.

Thus, compared to Kenya, who scored three goals in four matches, Burundi has a better goal-match average. Kenya bagged two in their 2-0 opening win over Rwanda, before adding the third as they overcame Tanzania 1-0.

Gor Mahia defender Karim Nizigiyamana who captained Burundi in the Addis Ababa  edition two years ago has advised his brothers to capitalise on ‘Kenya’s weak striking force and unstable midfield.’

“It will be a very tough match. Once you are in this stage anything can happen. I feel Kenya’s strength lies in the defence, but they are struggling to compact the midfield while the strikers have been quite below average,”Nizigiyimana who was expected to play a prominent role for his country in the competition before being forced out with an injury picked on club duty with Gor, said. “The game may not yield many goals, so whoever gets early chances and converts them will advance.” Nizigiyamana.

Asked if he has been advising his compatriots on how to tackle the hosts knowing his familiarity with the entirely local based Kenyan team, a giggling Nizigiyamana reservedly said he has not.

“I have not attended any of their training sessions because they have been camping in Kakamega before going to Kisumu, and I’m in a tight treatment program.I have however watched their matches, and I back them for a win, I wish them all the best,” the Burundian said.

Mavugo, who has attracted Gor scouts since the start of the campaign with a possibility of signing him not ruled out, scored one in their Ethiopia rout and has been a key figure in the Niyungeko’s team in the campaign.

With Harambee Stars head coach Paul Put admitting that he knows very little about Burundi, it is hope against time affair for the Belgian – as he crosses  his fingers that his lead striker Masoud Juma be back to full  fitness before the match.

According Put, the Kariobangi Sharks talisman  ‘is progressing well’ and could return after two-match absence.Juma will however be subjected to a late fitness test.

Should he fail to get the doctors nod, AFC Leopards attacker, Vincent Oburu, scorer of the lone goal in the win over Tanzania, could start as the central forward after impressing in his first start in the tournament against the Kilimanjaro Stars.

Kenya arrived in Kisumu aboard a mid-morning flight from Nairobi ready for the expected mouthwatering clash, set for 3:00PM EAT (+3GMT).