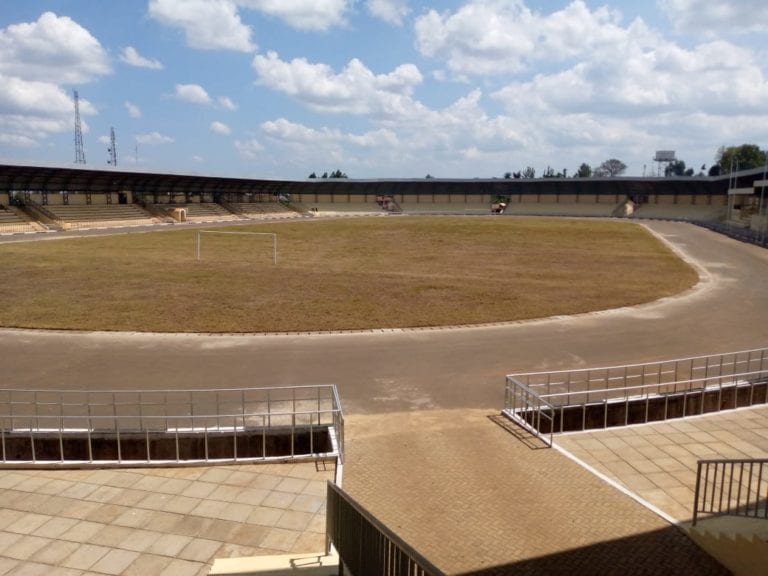 Three Kenyan Premier League (KPL) teams have filed applications to the Meru County government to be allowed to use Kinoru Stadium as their home ground ahead of the start of the new season.

Tusker FC, Ulinzi Stars and Wazito FC are all in negotiations with the Brewers, who have courted the facility since 2016, confident they will be considered.

Tusker FC CEO Charles Obiny toured the stadium on Saturday and said he met county officials who assured Kinoru will be ready for the new season.

“We are very much ready to come. The pitch is not playable but the county government has assured us that it will be ready as we start the season. If it will not be ready we will decide where to play” he said.

Obiny also hinted that they will set up fan recruitment bases in Maua, Nkubu, Nanyuki, Embu, Chogoria and several other towns in the region.

“When we come we will meet the fans together with the FKF to have a way forward. We will also get chances to tap new talents of players as Meru is unexplored,” he added.

Meru County FKF Chairman Ken Rungu echoed the move for the Tusker to choose Meru as their base.

“We are happy to have these champions back and call on the contractor to fast track and ensure that the pitch is ready. As per now, Kinoru is on the way to becoming third international stadium after Kasarani and Nyayo” said the FKF boss.

On his part, Rimita Mutethia the deputy director of sports in Meru  County observed that all will be ready at the stadium in one month’s time.

He noted that as the team gets to the field, young players in grass roots will have opportunity to up skill their talents.

“We hope as we go to tap talents in the villages, our players will get a chance and exposure. We will also have them be recruited in the teams that will be using the ground” the director concluded.