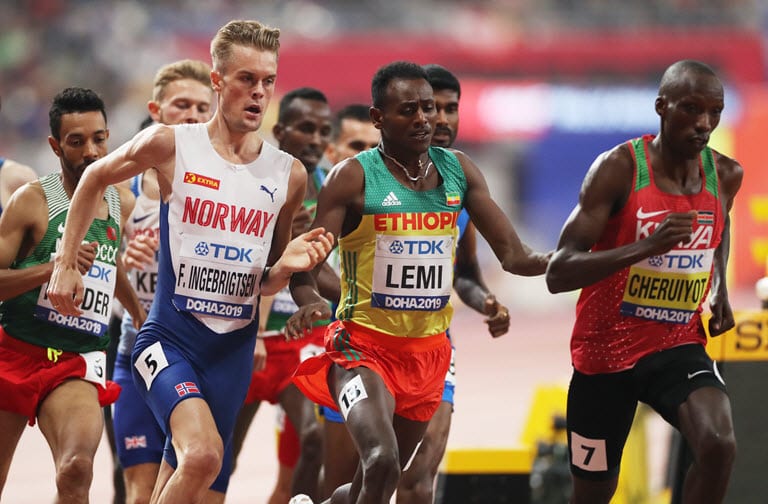 Three more gold medals are at stake for Team Kenya in the final day of the 2019 World Athletics Cchampionships here in Doha, Qatar as the curtain come down on one of the most spectacularly organized events in recent athletics history.

With 1,500m defending champion Elijah Manangoi out of the picture, Kenya’s hopes of retaining the title lies with mercurial Timothy Cheruiyot, who clocked 3:36.53 to win the first semi final ahead of Morocco’s Taufik Makhloufi who poses a serious threat.

Cheruiyot, with three successive Diamond League titles (2017, 2018 and 2019) will be hoping to go one better than in London 2017 where he finished second behind eventual winner Manang’oi.

“I am happy that we are two in the final, what we need to do is to sit down and have a good plan on how to retain the title,” Cheruiyot said.

He will be joined by Ronald Kwemoi who clocked same time as him, but managed a second place finish in the second semi final behind Marcin Lewandowski of Poland.

“I was motivated by Cheruiyot being the first to book a place in the final, now we are going to work together for the sake of our country,” he said.

In the 10,000m final, Kenya’s trio of Rodgers Kwemoi, Alex Korio and Rhonex Kipruto will be in hunt of a medal that has eluded Kenya for 17 consecutive years.

Rhonex Kipruto, 20, the 2018 10,000 metres World U20 champion, will be hoping to build on his 26:46 personal best which is the second fastest time ever over the distance to bring the gold home which was last won by a Kenyan, Charles Kamathi, when the former was three years old.

“My season has been good on track because I have registered 27:00 and under and now I believe that can be achieved here; I saw the 5,000m runners register good time, and with the competition we have we can do even better,” Kipruto told explained.

He says lessons learnt from the track in the completed events will be of great importance to him and his counterparts.

“We have had a serious talk and we know what to do. I am ready for the race, despite the weather that has hindered preparations here, my aim is to try my best and enter the medal bracket, I know each athlete is aiming to clinch a medal and make his country proud,” he added. 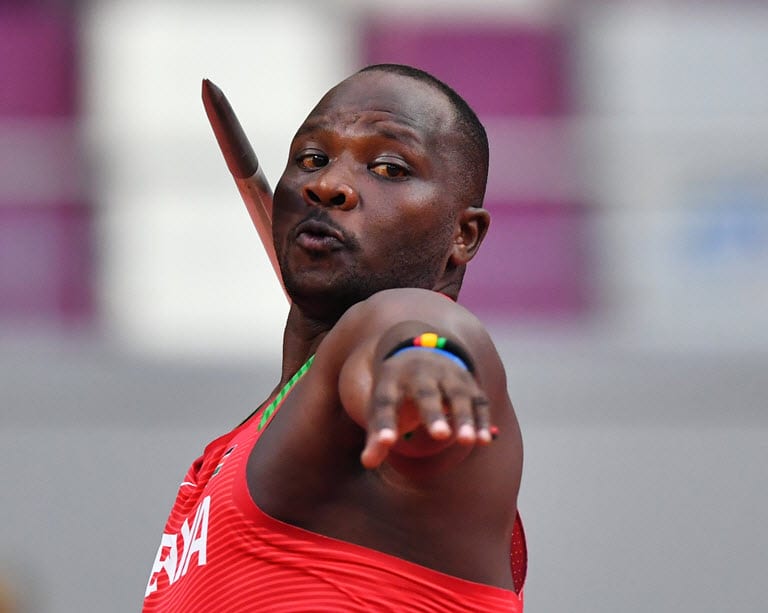 Also in the hunt for a medal will be Kenya’s only medal winner at this level outside the track, Julius Yego, the 2015 Javelin champion in Beijing.

Despite not reaching the required 84m mark to gain automatic qualification to the final, Yego takes his space as one of the five best losers with a 83.86m mark.

Only seven out of 12 finalists hit the 84 mark including favourite Johannes Vetter of Germany, 89.35m.