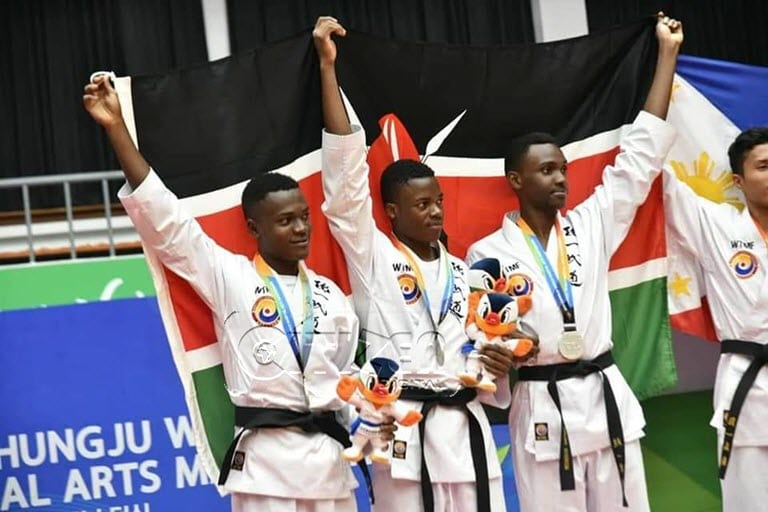 Traditionally the event usually takes place in the month of August but this has been made impossible this year owing to the ravaging Covid-19 pandemic.

The Federation President Master Clarence Mwakio stated that they are holding discussions with the Sports Ministry and is confident the championship will go on for its eighth year since inception in the country.

“World Tong-Il-Moo-Do Federation is ready for the event once Kenyan government gives us a go ahead,”said Mwakio.

According to Mwakio, already 18 countries have confirmed participation in this year’s event and are merely awaiting confirmation of the dates.

Other countries are waiting for clearance of international flights in their borders before they can know their fate in the tournament.

“It will be the first time we are hosting a huge number in Kenya and there are many more who will come once they get clearance from their end,”Mwakio added.

Although the pandemic has affected their normal routine, Mwakio is optimistic that his squad is ready to compete anytime as they carry on personal training under the supervision of the national team coaches.

The national team famously known as ‘Jasiri’ will be recruiting new players once sports fully resume in the country.

“The players are training, what remain is to combine well where they compete as a team”, explained Mwakio who is also the president of the discipline in Africa.

Jasiri also emerged winner of the 7th annual Mombasa Championship which earned them a slot in the SOYA federation of the year where Kenya Special Olympics emerged winners.