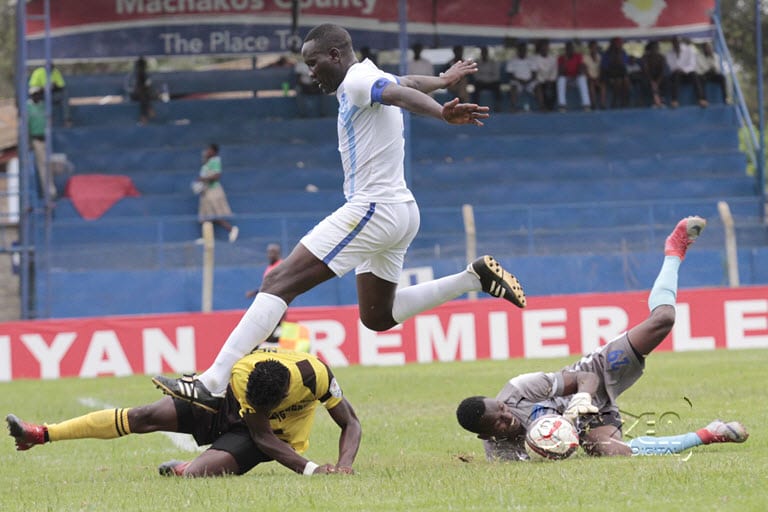 With less than ten games left to go before the 2018 Kenyan Premier League folds, and the title almost certainly Gor Mahia’s, the jostling for a top- five finish has intensified with the chasing pack keen to clinch slots in this category.

Sixth placed Ulinzi Stars and Mathare United in seventh were the biggest losers in a race that requires little margin of error. Both on 38 points, the duo lost some ground after failing to collect maximum points in their respective match-ups, against Posta Rangers and Nakumatt FC.

Sony Sugar on eighth is threatening to lip frog the two sides, having registered five consecutive wins and only trailing the “Slum Boys” and the soldiers by two points. If they carry on with the momentum, victory in their next assignment against Tusker could take them level with the brewers and open up a possibility of a top four finish.

Meanwhile, AFC Leopards extended their winning streak at the weekend in Thika, with a 2-0 victory, their fourth win in the last five matches to keep pace with an in-form Bandari who had a quiet weekend .Ingwe are now level on 48 points with the dockers.

At the same time, Sofapaka settled for a 2-2 draw with Nzoia Sugar at the Sudi Stadium, dropping two vital points which might have seen them close the gap on third placed Leopards on 48 points.

Tusker, meanwhile, could only manage a narrow 1-0 win over Zoo Kericho to haul their points tally to 39.

The Robert Matano coached side still have tough looking fixtures against  Chemelil, Mathare, Thika and an in-form Sony, and will have to be at their fluent best if they are to sustain let alone attain a top-five dream.

“Muchiri is an extraordinary player. He can do anything in front of goal and is a player that can be relied on all the time. He is always ready to help the team and is not selfish; that is why we do not have many players like him,” Matano said of his striker who scored the lone goal that handed them all the three points at the weekend

“The time will come. I know where we will finish and that’s my secret. In my heart and in my mind, I know where I will be with my team,” he added.

Be at as it may, the top-five is shaping out to be a close race and there will be no margin for error as the chasing pack jostles out for the slots.