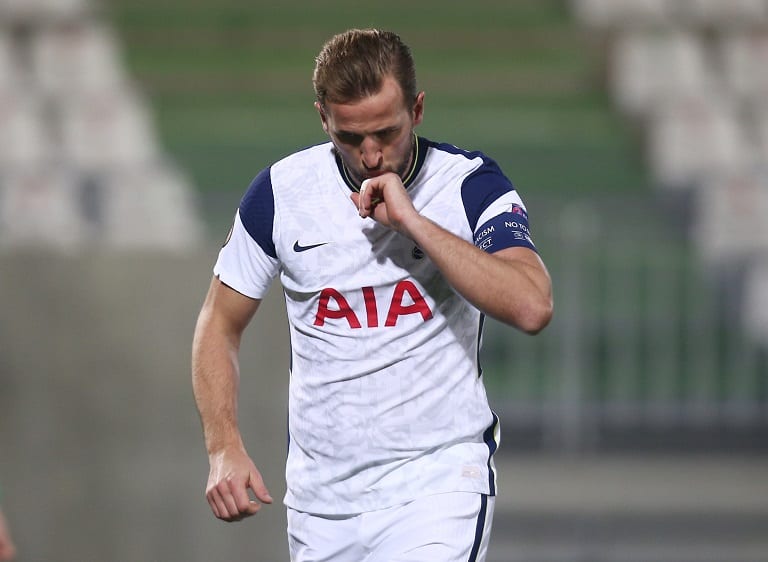 As speculation around Kane’s future increased on Monday evening, the club issued a statement saying: “Our focus is on finishing the season as strongly as possible. That’s what everyone should be focused on.”

The England captain, who has a contract until 2024, has not handed in an official transfer request or directly communicated a wish to move.

But the Premier League’s top scorer this season is known to be frustrated after another trophy-less campaign at Spurs, which included the sacking of manager Jose Mourinho in April just before they lost the Carabao Cup final to Manchester City.

Kane has still not won a trophy in his club career and it is thought he has decided he needs to move to satisfy his professional ambitions.

This has been greeted with scepticism by the Kane camp, who know the player is coveted by virtually every club, with Manchester City, Manchester United and Chelsea all known to be interested.

The issue all of them have to confront is that Kane still has three years left on the lucrative six-year contract he signed in 2018.

However, keeping an unhappy player against his wishes brings its own problems and it is possible once the season is over, Levy may think the money he can generate for Kane will help a necessary rebuilding exercise. A turbulent couple of seasons for Spurs have seen both Mauricio Pochettino and Mourinho replaced while the coronavirus pandemic has brought huge financial pressures on the club, who must pay for their magnificent new stadium.

Levy himself needs to steer a path to a calmer situation after the criticism he has received in the wake of the failed European Super League plans. A meeting later on Tuesday with the Tottenham Hotspur Supporters Trust, who have called for the entire club executive to stand down, may not be smooth.