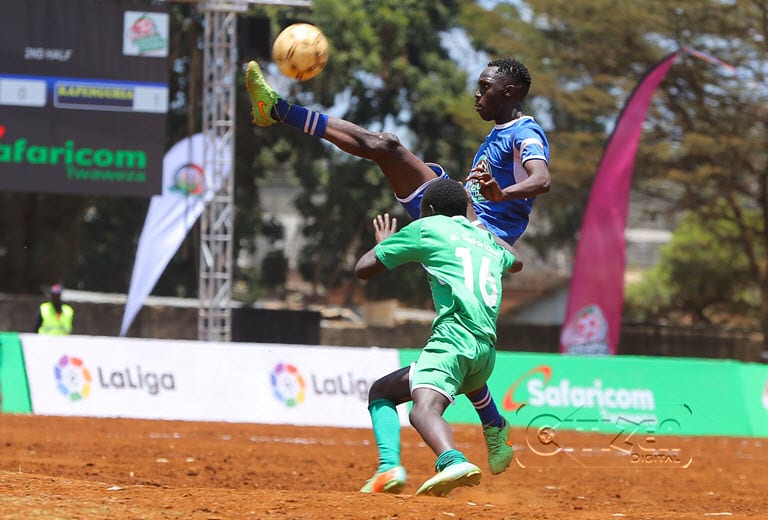 And it is expected to be a battle galore as action goes down this weekend at the Moi Stadium, Kisumu in the regional finals.

The regional winners will receive a cash reward of Ksh . 200,000 each and a chance to represent the region in the tournament’s national finals. The runners- up will also pocket Ksh. 100,000.

“Over 200 teams from Nyanza region took part in the preliminary rounds of the tournament and we can’t wait to see the top 8 in action this weekend. The fact that new winners will be crowned adds even more excitement to this particular regional final. All teams will see this as their chance to walk away with the Ksh. 200,000 in prize money and represent the region in the national final”, said Morris Onyango, Tournament Regional Coordinator, Nyanza.

In the boys’ semifinals, Nyamira Springs will play Victory Strikers from Kisii while Kuria’s Nyamaharaga will take on Manyatta boys while in the girls’ category, Manyatta Girls will face Kisii United as Migori Education Centre  take on NCEOD Queens from Homabay.

This is the second regional final of the season after Western region crowned Blue Saints and Bishop Njenga Girls, at Bukhungu Stadium last month to represent the region in the national final.

The exit of Kapenguria means that this season’s tournament will have new winners in both the boys’ and girls’ categories following the elimination of Plateau Queens.

After the regional finals, the qualifying teams will move on to the grand finale set for June 2019 in Meru where the winning teams will each walk away with KES 1 million shillings in prize money.

This year an all-star team will be also selected to attend a training camp in Spain during which they will play against local youth sides.

From the inaugural season, over fifteen young players joined the Kenya Premier League and the National Super League.