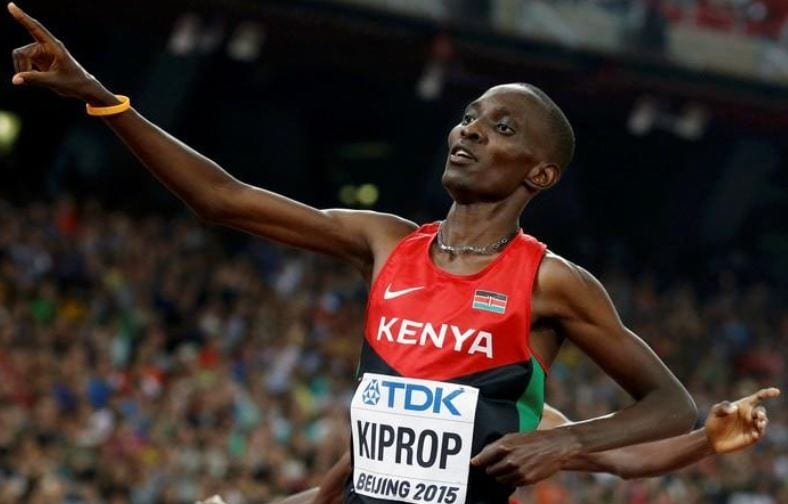 Kenya’s former Olympic and world 1,500 metres champion Asbel Kiprop said he was traumatised by the news that he failed a doping test for the banned blood-booster EPO and vowed to prove his innocence.

“My family and I are devastated. I am traumatised,” Kiprop, a Chief Inspector in Kenya’s police force, told Reuters on Saturday.

“The line of questioning I was subjected to earlier strongly suggested somebody had an axe to grind.”

Kiprop, 28, said in a long statement on Thursday that his urine sample might have been tampered with by testers who tipped him off about their visit and took a payment from him.

The AIU, an Independent body set up to combat corruption and unethical conduct within athletics on behalf of the sport’s ruling body the IAAF, said it had investigated and was satisfied there was no interference with Kiprop’s sample.

The AIU said Kiprop had been given advance notice which contravenes the World Anti-Doping Agency’s guidelines stating that out-of-competition tests should be conducted without prior notice to athletes.

Kiprop’s is the latest in a long line of doping cases in the east African nation, where around 50 athletes have failed tests in recent years.

Federico Rosa, who manages many of Kenya’s elite athletes, was charged as an accomplice after three-times Boston Marathon champion Rita Jeptoo tested positive for EPO. He was later cleared of the charges.

“I have worked so hard to build a career since 2003 when I was 13 years old. The achievements I made are crumbling before my own eyes, for a crime that I have not committed,” Kiprop said.

“In the court of public opinion, as an advocate of clean sports, I know I am very innocent. I am accused of something that I have never committed. 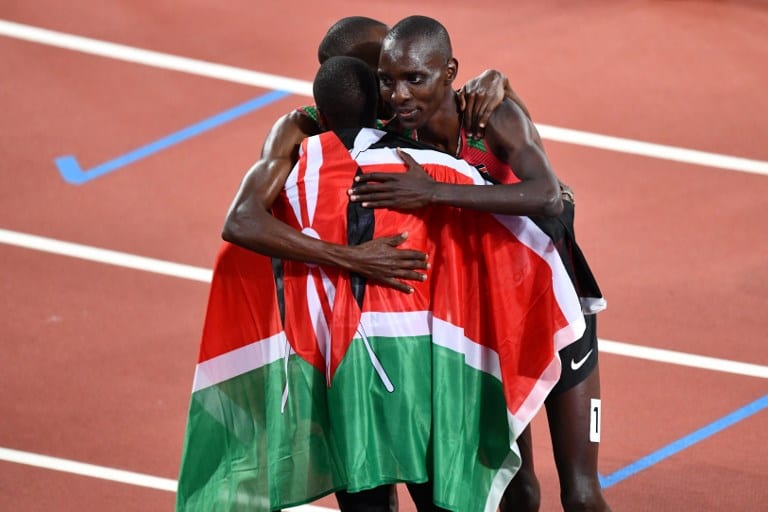 His father David Kebenei represented Kenya at the 1987 All Africa Games in Nairobi, where he finished fourth in the 1,500 metres.

“I can’t disgrace these people, IAAF/IOC, by doping, something I have been publicly vocal against throughout my running life. I have been tough on dopers, and even called for a law to criminalise doping and to punish dopers including imprisonment.

“I will fight the case to prove my innocence to the end. It is my position that the process was flawed from the start. I was given prior warning of testing. Why would I accept to be tested if I knew I had EPO in my system?,” he added.

The AIU said it was satisfied the process was properly conducted.

“A mixed perception has been created by these allegations,” said Kiprop, world champion in 2011, 2013 and 2015 and promoted to gold at the 2008 Olympics after Bahrain’s Rashid Ramzi tested positive for doping.

“As a consequence, I find it very difficult to walk in public, to look up the main media and social media and to generally carry on with my daily activities.”

Kiprop’s case is now with an IAAF disciplinary tribunal and he could be banned for four years if found guilty of doping.

He dismissed the possibility of being injected without his knowledge.

“I can’t remember somebody possibly injecting me unknowingly,” he said.

“To the best of my knowledge, there has never been an occasion where I have either been deeply asleep or have been unconscious to a point where somebody could have injected me without my knowledge.

“My last injection was in 2014, for a yellow fever vaccination before travelling to Bahamas for the first World Relays.

“It is unfortunate that this is happening when I am preparing to move to road races after the 2019 World Championships in Doha which I want to be my last track event, possibly with a fourth world title.”