Tribute: In the rugged life, Mohamed scarred his knees but never complained 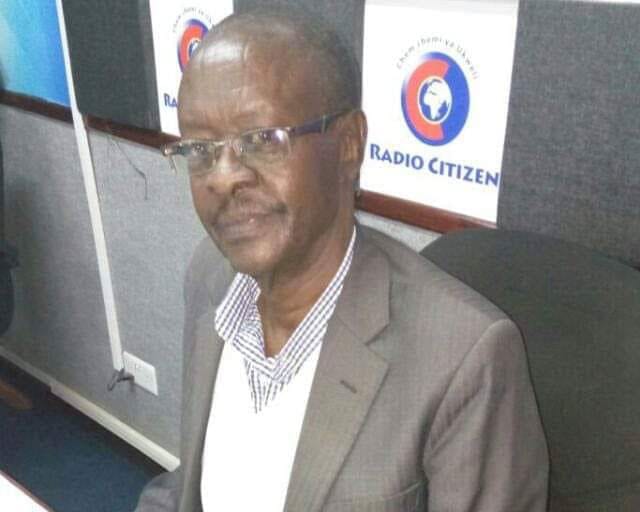 I was fond of Dr. Robert John Ouko who served as a Minister for Foreign Affairs in Moi’s government. When he was killed and his body dumped somewhere in Got Alila, Kenyans had to be informed of the regrettable news, one way or the other. If there is something that is still stenciled in my little mental sheets, it is the announcement of Dr. Ouko’s death on KBC Radio:

Back in the 90’s at a time when the country was blessed to have many talented radio personalities with informative, endearing, and instructive voices, only a few could top Mohamed’s ability to connect with the listener. Armed with a deep timbre, his presentation was conversational and he effortlessly drew in the listener.

In 2002, Mohamed Juma Njuguna was in studio as election returns were being announced. It was a unique moment for Kenya as the results would determine whether a young Uhuru Kenyatta who many saw as Moi’s crony, would be elected president, or whether the Rainbow coalition under Mwai Kibaki had dealt a knockout punch to Moi’s 24-year-rule.

Towards midnight, results from Ugenya were announced. Orengo had lost in his constituency. Mohamed’s joy was palpable: “Orengo. Out ni Nja…” “Msikilizaji, James Orengo, no more! Ugenya wamesema sisi ni chaka la simba, wewe mbogo huingiii”. For those of us following the election proceedings on radio, Mohamed kept it lively while capturing the mood in the country. It was time for change. As the hitherto political bigwigs lost, Mohamed’s schadenfreude was evident.

When the newly elected President Mwai Kibaki held his first presser, the first media personality he picked out from the battery of journalists in attendance was Mohamed Juma Njuguna. Kibaki thanked him for the steadfast support and more so in providing radio political commentary that allowed voters all across Kenya to yearn for change. I recall Juma asking Kibaki whether he would usher a new era where the president would have a Q & A with members of fourth estate:

“Yes. I will be available for you,” was Kibaki’s firm and sincere answer.

It was Mohamed Juma who injected humour to soccer commentary. Listeners would always debate whether Mohamed was broadcasting from the stadium, or watching the game on television and providing commentary from the comfort of his couch. In Baricho, watching World Cup matches at “Wakabuti Video Show Shop” was fun, partly because Wakabuti would mute the TV sound and switch on Radio Citizen in order for the mashabiki to follow Mohamed’s “Live” and cutting edge commentary. His favourite football player must have been Christopher Duggary.

“Dugaryyyyyy…Dugarry…Dugarryyyy…” He would start. Then he would lighten the moment with dashes of his Kikuyu mother tongue.

Sometimes he would burst into a song. Of course he wasn’t a talented singer. Maybe you couldn’t tell him so, for he had self-belief; but many fans took this as a comic relief as opposed to anything serious.

Years after Duggary retired from soccer, Mohamed would still find a way of bringing Duggary to the game. It happened when he couldn’t tell the name of the player possessing the ball. Ha! No one took offense. It was hilarious.

Then there was this prayer he would make whenever the tempo of the game slowed down. Whether imaginary or real, Mohamed knew how to get fans excited: “Wewe Mola naomba uniangushie neema zote. Na pia kuna hawa mahasidi viwembe Mola wangu. Hata wao naomba uwape neema zako….

While I am aware that no one has a perfect beat in the music of life, I cannot pick out any false note in Mohamed’s career in media. In the course of climbing the steep mountains of life, Mohamed may have scarred his knees or broken his skin; but he never complained. He never backed out. Mohamed Juma Njuguna is a reminder that when faced with challenges, the focus should always be on the journey, not the scars.

The author is a former journalist and long-term friend of Mohamed Juma Njuguna.(This article was first published on his Facebook timeline)