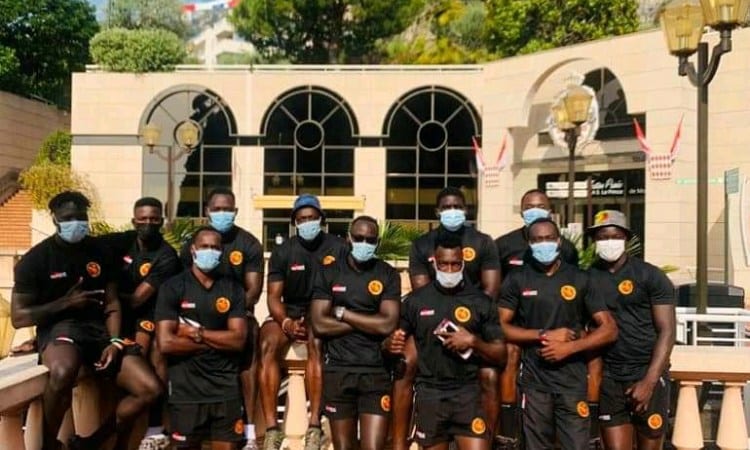 The union said in a statement that the matter has been reported the matter to the authorities in Monaco, and a manhunt is underway.

Officials said Odongo went missing during a routine Covid-19 test for the players outside the hotel they were residing, with his name missing from the list of those supposed to be tested.

“It has been brought to the attention of the Uganda Rugby Union Executive committee that one of the players, James Odongo, has been missing from the hotel room where he had been placed for isolation as a measure to control the spread of COVID-19,” reads part of the statement.

Odongo was not in the final squad named bound to Monaco but earned his call-up for the upcoming Olympic Repêchage after several members of the Uganda squad tested positive for COVID-19.

“On arrival, it was a compulsory rule for players to undergo isolation in the designated tournament hotel. Once the duration for completion of self-isolation on Saturday 19 June 2021 was done, the players had to undergo another COVID-19 test at a venue outside the hotel.

“Odongo James did not turn up for the test and when the team members returned to the hotel, he was not in the room or hotel complex,” the statement adds.

This is not the first time a Ugandan player has disappeared while on duty in Europe. In 2017, three Ugandan national rugby team players disappeared in Germany moments after the Oktoberbest rugby tournament which took place in the southern city of Munich.

The trio Brian Kikaawa, Fred Odur and Ramathan Govule are on the run, with Ugandan rugby officials and the Germany security apparatus still trying to locate them.

The players are said to have disappeared during the team’s dinner session at the luxurious Leonado Hotel in Munich. The three reportedly left early before the rest of the team. What transpired next, as they say, is history.

In 2014, during another Commonwealth qualifier in Scotland, Philip Pariyo and Benon Kizza left the team’s training camp and reappeared a few months later playing for Cardiff RFC in Roath, Cardiff.

The duo was spotted by former Wales international Mark Ring and were granted asylum for five years, awaiting their applications to be determined.

“Uganda rugby Union takes discipline very seriously and the matter is being dealt with accordingly. We have handed over the matter to the relevant security agencies in Monaco and will cooperate with them, the tournament organizer, the French Embassy, the National council of sports and any other authority to assist with the conclusion of this matter,” the statement concluded.