Ulinzi in KPL U20 final after battling back to stun Gor 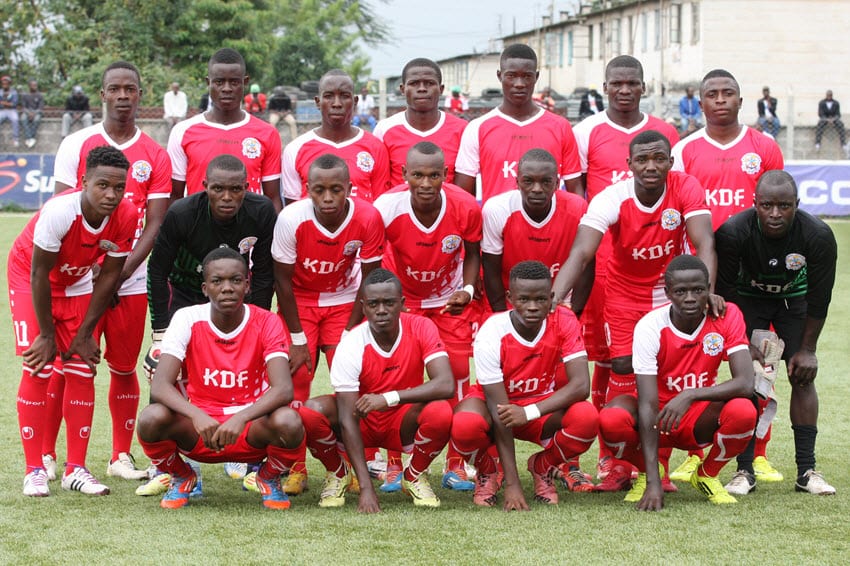 Ulinzi Warriors came back from conceding early to stun Gor Mahia 3-2 for a place in the final of the KPL Under- 20 in a pulsating semi final played at Kenyatta Stadium in Machakos on Wednesday.

Dennis Owino, Vincent Ochieng and Stephen Mueni netted for the winners as Wilson Mwenda and Kevinton Machika scored for K’Ogalo who lost their second game in the tournament.

K’Ogalo hit back in style when Kevin Otieno ‘Lule’ sent a volley into the box to find an unmarked Mwenda who scored with a looping header over advancing Ulinzi keeper, Franklin Odemba in the third minute.

Fredrick Ogot’s charges found the equalizer in the 13th when Owino powered home a free kick by Salim Ali from the right past Gor custodian Otieno.

K’Ogalo’s sensation; Joseph Waruinge almost scored in the 19th with an intelligently taken free kick, chipping his effort over Ulinzi’s wall but Odemba denied him with a spectacular save.

Vincent Ochieng capitalized on Gor’s sluggishness in defence in the 37th to nod the soldiers in front from another set-piece delivered from the left by Alex Sunga for the 1-2 score at the break.

After the restart, Gor’s coach Maurice Onyango brought on Davies Odongo for Donald Opiyo in a bid to bolster his forward line but soon, his side were 3-1 down in the 53rd when Sunga stole the ball from Amos Nondi to set up Mueni who fired in from a rising shot that Otieno could not keep out despite getting his hands on the ball.

Ulinzi threatened to run riot and Onyango brought on Kevinton Machika for Elvis Opiyo, prompting his opposite number to react immediately by resting Charles Okii for Reuben Wanyonyi.

Machika wasted a golden opportunity to bring K’Ogalo back in the game in the 70th but he spurned his chance with only the keeper to beat after the ball ricocheted from Waruinge to find him unmarked.

Four minutes later, he set up a grandstand finish when he scored from a thunderbolt to the far left corner of the Ulinzi net.

Realizing his side was succumbing to pressure Ogot brought on defender Asman Sedrik for striker Moses Mwangi with nine minutes to regulation and his charges held on for victory.

Kakamega Homeboyz versus Mathare United in the second semi final.