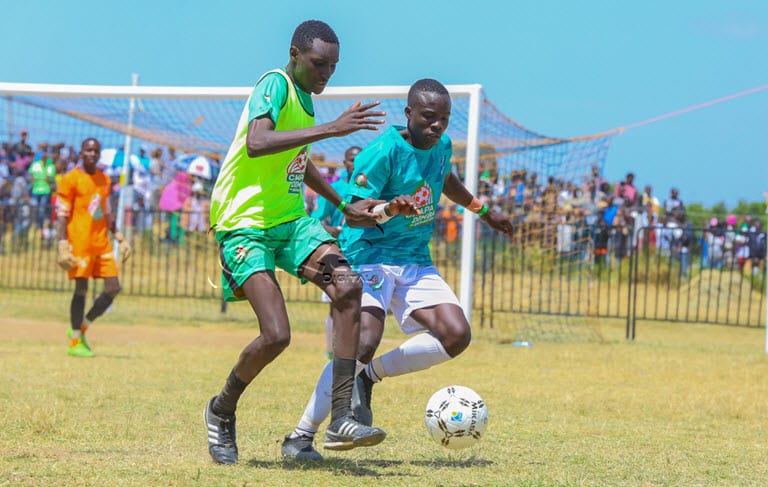 Ulinzi Stars Youth coach Vincent Otieno has praised his side’s display after registering a 3-1 win over JYSA in the Chapa Dimba Na Safaricom boys Central region finals in Nanyuki yesterday, adding that their focus is claiming the national title in Mombasa.

According to Otieno, their Central region heroics in Nanyuki was as a result of his showing character, adding that “they are in great shape” after preparing well for this year’s edition.

“We played well and I am very delighted with my players. We gave our best and each one of us gave 100 percent. Kafero Brian brought us back into the game and we did great in attack giving a good account of ourselves,” observed Otieno.

Clinton Sheitara scored an early goal for JYSA in the ninth minute but Ulinzi Youth came from behind with goals in the 29th, 34th and 72nd minute scored by Kafero Brian, Lenkai Emmanuel and Akmat Kelvin respectively.

“I approach each game differently depending on the opponent. After the semifinal, I went back to the drawing board to strategize on how we would play in the final and I am glad that we were successful. We shall not rest with this win, our objective now shifts to bringing home the national title,” said Otieno.

In the girls’ category, Falling Waters beat Limuru Starlets to defend their title through a Miriam Lutomia goal in the ninth minute and a brace from Jane Njeri in the 65th and 74th minute, with Joy Kanja scoring a consolation goal for Limuru Starlets from the penalty spot in the 82nd minute.

“The game was tough, but watching our opponents playing in their semi final enabled us to anticipate their tactics, which helped us to emerge victorious. Being the top scorer is a result of team work and without my team, I wouldn’t have scored any goal,” said Jane Njeri, top scorer and Falling Waters FC player.

The winning teams, Falling Waters and Ulinzi Youth, each received Sh200, 000 and will represent the Central region at the national finals set for June 2020 at Bomu Stadium, Mombasa, where Sh1 million is at stake. Runners up JYSA FC and Limuru Starlets walked away with Sh 100,000 each.

The competition now moves to Machakos for the Eastern regional finals set for 8th and 9th February 2020 at the Kenyatta Stadium.

An all-Star team comprising of 32 players, both boys and girls, will be selected from the 8 regional finals to attend a 10-day training camp in Spain where they will play friendlies against top Spanish La Liga Football Academies.