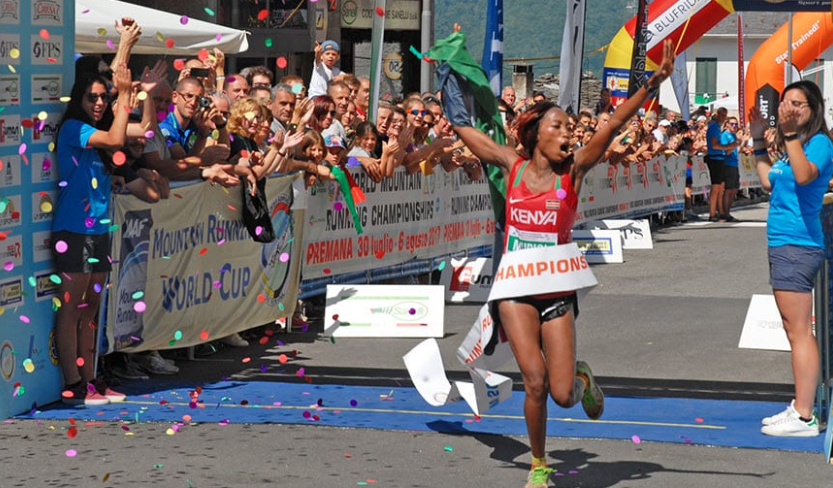 Despite failing to finish in the fifth round of the World Mountain Running Association World Cup in Sierre-Zinal in Switzerland over the weekend, world champion Lucy Wambui Murigi is still optimistic of defending the title this year, with two more rounds to go.

Wambui who is currently holding the third position with 320 points behind Ireland’s Sarah Mccormack the winner of last week’s round five, and second placed Andrea Mayr of Austria, has returned to her training base in Naivasha, Nakuru County in preparation of the last two rounds.

“Sierre –Zinal is the biggest mountain in Switzerland, and I started very well but after a 12km climb I injured my leg and forced it a little bit, after a while, I could not sustain so I decided to pull out,” Wambui told Citizen Digital.

The 34-year-old champion is now focused on retaining the World trophy.

“After the poor outing in Switzerland, I’m now back home, first I want to recover because they are two more rounds to go and I believe after starting the season well more is still in store,” she said.

The next race round #6 for the World Cup is scheduled for the September  14 at the majestic Drei Zinnen in Sexten, in the heart of the Italian Dolomiti, and the Iconic Drei Zinnen one of the most beautiful mountain race tracks at the historical Smarna Gora, in Slovenia, on October 12.