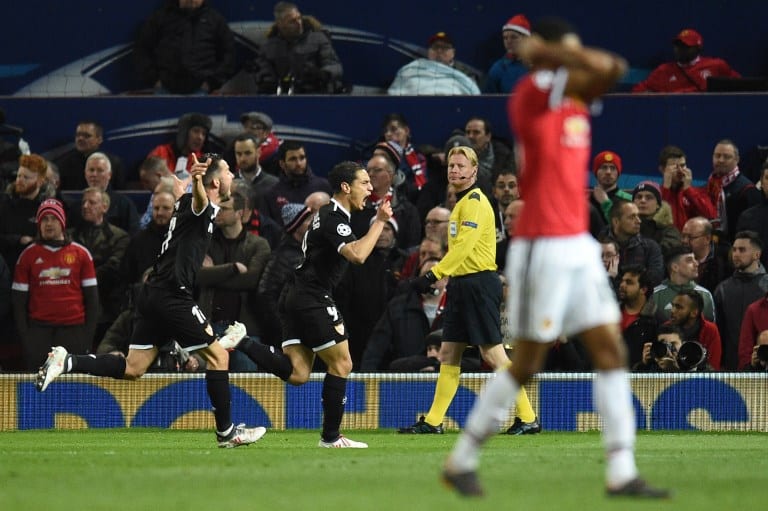 Wissam Ben Yedder’s brace which sent Manchester United crashing out of the Champions League in midweek earned the Sevilla striker his first ever call-up for France on Thursday.

Ben Yedder, at 27 years old and previously uncapped at senior level, provided the major surprise on the 24-man list.

“He has a different profile with movement and quickness, and he is extremely efficient,” said Deschamps. “He has averaged more than 15 goals over the past four or five seasons.

“It’s not the two goals at Old Trafford that were a complete game-changer, even if that is to his credit in a very high-level match, in the Champions League, where he made his team win.”

Tunisia had been trying to convince Ben Yedder, whose parents are from the north African country, to play for them at the 2018 World Cup.

But the former Toulouse forward repeatedly turned down the opportunity, with his desire to play for France finally rewarded.

“It’s a joy for which I have no words,” Ben Yedder tweeted. “Everyone knows the extent that I hoped and worked for this day to come.”

Monaco’s former Arsenal target Thomas Lemar, and his clubmate Djibril Sidibe were both named on the back of their team’s 14-match Ligue 1 unbeaten run, while Barcelona starlet Ousmane Dembele is also back in the squad.

There was no place in the squad for Marseille winger Dimitri Payet, PSG defender Layvin Kurzawa or Tottenham midfielder Moussa Sissoko.

Deschamps will announce his final World Cup squad on May 15.

The 1998 world champions have been drawn alongside Australia, Peru and Denmark in Group C at the finals in Russia.