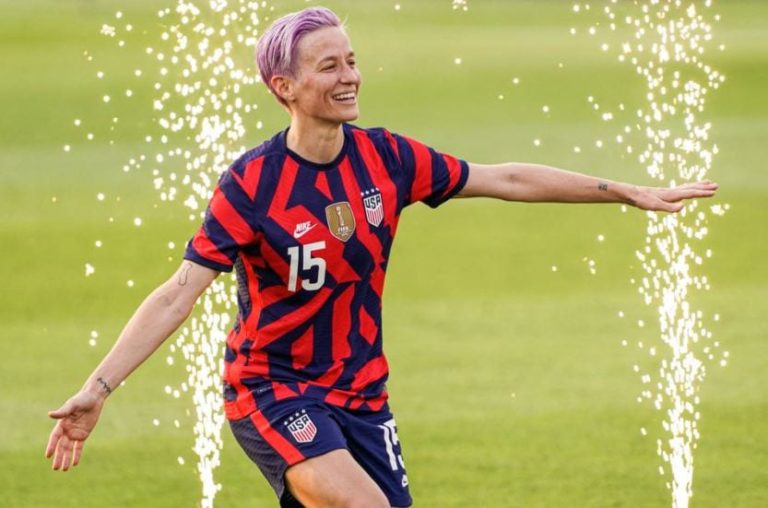 The U.S. women’s soccer team are determined to make up for their quarter-final exit in Rio and reassert their dominance at the Tokyo Olympics, while Brazil will aim to repeat as champions in the men’s event after ending their long wait for gold in 2016.

The United States have won four of the six gold medals since a women’s tournament was introduced to the Olympic programme at the Atlanta Games in 1996 and as current world champions they start as clear favourites again.

The squad is based heavily on the one which dominated at the 2019 World Cup in France, with some of the biggest names in the women’s game returning for what could be their swan song.

Megan Rapinoe, Alex Morgan and Carli Lloyd are among the forwards selected by Vlatko Andonovski, who has taken over as head coach from Jill Ellis and leads the side into his first major tournament.

“We’ve got a balanced team with many players who can play several positions and that will be valuable as we try to play six games in 17 days in heat and humidity,” he said.

“Our coaching staff has confidence that any player on the roster can perform when they get their chance.”

Hosts Japan, World Cup winners in 2011 and Olympic silver medallists a year later in London, present a real threat to the Americans, with the Netherlands, Britain, Australia and Canada also hoping to make their presence felt.

Sweden, who beat the United States in a quarter-final shootout five years ago before losing to Germany in the final, are also back in the medal hunt.

In the men’s tournament, Brazil ended their Olympic drought on home soil five years ago, with Neymar providing the star quality as an over-age player, and have a real chance of defending their crown in Tokyo.

As well as an array of talented youngster, 38-year-old Dani Alves provides experience in defence and Everton’s Richarlison a threat in attack.

Germany have picked seven members of the team who won the Under-21 European Championship along with 33-year-old forward Max Kruse of Union Berlin, who has 14 caps with the full national side.

Spain will also be in contention after naming a squad which includes six members of its current European Championship side including goalkeeper Unai Simon, defender Eric Garcia and midfielder Pedri Gonzalez.

France have called up veteran striker Andre-Pierre Gignac and winger Florian Thauvin, who both play in Mexico for Tigres, as over-age players.

Argentina have named just one over-age player in goalkeeper Jeremias Ledesma, who plays in Spain for Cadiz, while Mexico also have an over-age keeper in Guillermo Ochoa, a veteran of four World Cup campaigns.