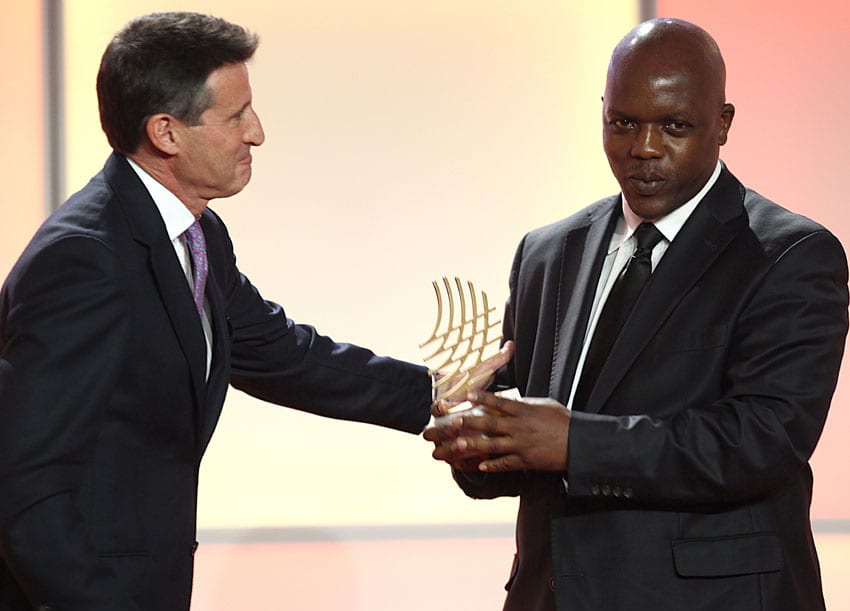 Veteran Kenyan sports journalist and editor, Elias Makori is among those included in the newly-constituted Press and Media Operations Advisory Group of the International Association of Athletics Federations (IAAF).

Makori, is one of only two African journalists named to serve in the prestigious media group by the IAAF Council, the other being Morocco’s Mohammed Bencherif, according to a confirmation letter signed by IAAF general secretary Jean Garcia and delivered Saturday.

“It is my pleasure to inform you that the IAAF Council has appointed you as a member of the Press and Media Operations Advisory Group,” the appointment letter from Garcia reads in part.

The group will be chaired by Frenchman Marc Ventouillac of leading sports daily L’equipe.

The Press and Media Operations Advisory Group’s key responsibility will be to advise the IAAF President and Council on media requirements and operations at all global competitions besides ensuring media facilities at such championships are of required standards and journalists’ professional needs are met.

The IAAF has been battling to redeem its image after several cases of corruption and allegations of widespread doping offences that saw the unceremonious departure of the Monaco-based federation’s former president Lamine Diack of Senegal.

Last October, the IAAF’s new president Sebastian Coe unveiled the federation’s new advisory structures which he said were designed to “assist the delivery of a fundamental programme of change to the sport’s global administration.”

After he won the IAAF presidential elections in Beijing last August, Britain’s former Olympic champion Coe disbanded the world athletics governing body’s committees and commissions and announced that thorough vetting and integrity checks would be conducted before individuals to serve in the new committees and newly-introduced advisory groups are named.

He introduced 10 commissions and 10 special advisory groups each with 10 members and a chairman who will convene 10 times a year, mostly through video and teleconferencing. Members of the advisory groups were vetted and had to pass IAAF’s integrity tests before being selected to serve.

“We are reviewing the IAAF commissions to ensure that the IAAF Council gets the best possible advice and support moving forward,” Coe said.

“With these groups, I’m looking for speed of decision, focusing on trends and innovation,” he added in his maiden press briefing as IAAF president.

“I’m delighted at this honourable appointment which is a huge vote of confidence in Kenyan journalism from IAAF’s new president and athletics legend Seb Coe and the IAAF Council in general,” Makori, who has just completed a Masters degree in International Sports Management from the Johan Cruyff Institute of Sports Studies in Barcelona, said after receiving news of his appointment Saturday.

“I will use this vantage point to enhance the development of athletics journalism not only in Kenya, but also in Africa and globally. This appointment comes at an opportune moment as Africa will next year host two global championships, the IAAF World Cross Country Championships in Kampala in March and the IAAF World Under-18 Championships in Nairobi in July,” he added.

Makori, who previously served in the defunct IAAF Press Commission, was named World Journalist of the Year in 2012 by the IAAF and has also served in the executive committee of the International Sports Press Association (AIPS) from 1997 to 2002.

He was also treasurer of the Kenya Union of Journalists from 1996 to 1999.

Makori was also named Kenya sports journalist of the year in 2000 and 2014 and is currently Nation Media Group’s Regional Editor for the North Rift region based in Eldoret.

Makori started his journalism career at The Standard Group in 1991 before joining the Nation Media Group in 1992, serving in various capacities.

He is the first Kenyan to be picked to serve under the new IAAF Council elected at last August’s elections in Beijing.