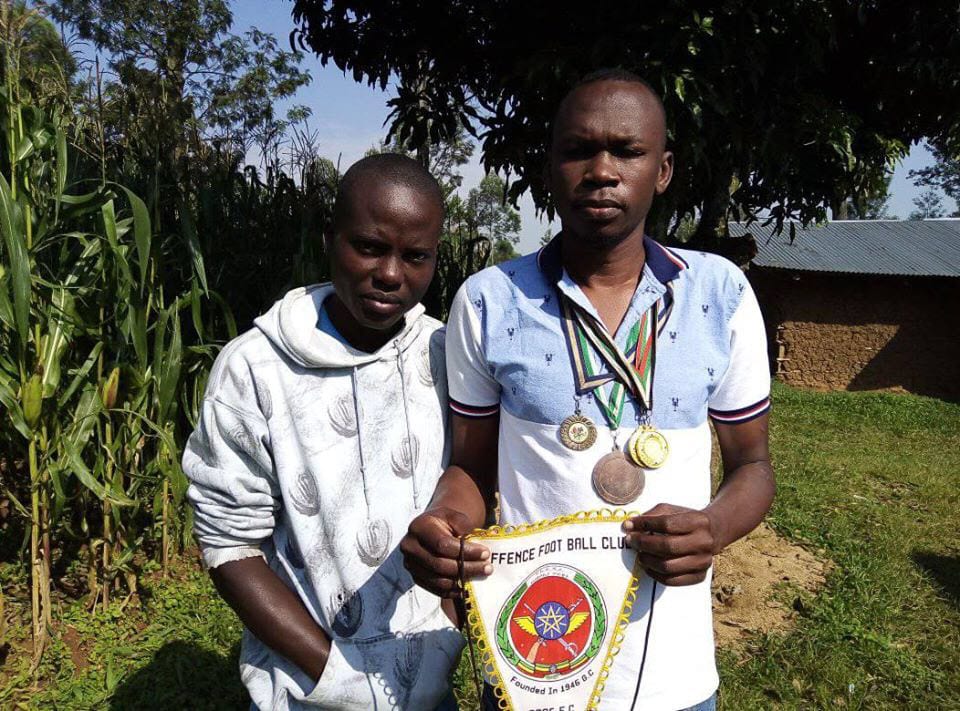 Imbalambala who schooled at Vihiga before turning out for Vihiga United FC is in dire situation having lost his eyesight and his plea for help has startled the sports world who are now responding in kind.

Imbalambala needs around Sh.4, 000 every month for treatment.

An examination at a Nairobi hospital revealed that Imbalambala has a problem with one of his nerves and after taking medication for almost two years, the condition is yet to improve.

We are aware that he needs financial help and so after contributing we will see what to do,” Indimuli added.

The Vihiga United supremo says he has held Imbalambala’s hand since the problem started 2018, together with Vihiga Queens head coach Alex Alumira, adding that he has been monitoring him closely by virtue of being a Vihiga High School alumnus.

Since leaving Leopards in 2015, Imbalambala has had short stints at Nakumatt FC and Kakamega Homeboyz, but was axed by the latter alongside former Harambee Stars winger Patrick Oboya.

He went on to join the then National Super League side Vihiga United with the hope of sealing a move to the top-tier but was later released by the club owing to several off-pitch issues.