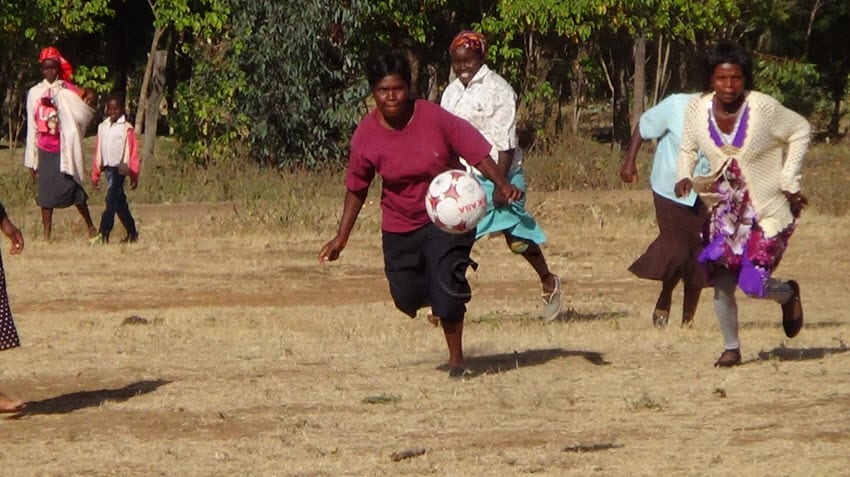 Age is just a number the old saying goes and a group of 30 women from Umande Village, in Laikipia East Constituency have formed a football team with a dream of competing nationally as their husbands while away their time on booze.

“When we started meeting, we didn’t have a ball to play and we borrowed one from our sons who use the same field,” she said.

The group is a mixture of different ages from 30 to 50 years and they divided themselves into two teams of 15 women each.

“We have Kiajomo and KK which means Kieni Karachi Strikers and we play against each other,” Mwaturi added.

However, the team faces challenges when their sons are competing elsewhere and they need to go with the ball, but that is not a hindrance to the determined group.

“When we couldn’t get a ball to play with, some started pulling out but we forged ahead and approached a teacher from a nearby school who gave us a ball on Sundays to return it on Monday morning,” the team leader narrated.

“I’m so excited after reducing kilos to my ideal weight and when we are playing, my mind is relaxed,” one of the players gushed.

Despite the odds, they have a vision to showcase their talents elsewhere.

“Many of us are the bread winners in our families and we decided to do this after our husbands indulged in alcoholism,” another added.

The team is asking local leaders from the area, to help them to build changing rooms and shades to keep their belongings when they are playing.