Virgil van Dijk rules himself out of Euro 2020

Liverpool defender Virgil van Dijk has ruled himself out of representing the Netherlands at Euro 2020 this summer.

On Wednesday Van Dijk confirmed that he would miss this summer’s tournament in order to focus on regaining his fitness ahead of the 2021-22 campaign.

Van Dijk said: “In this latest stage for myself, I have come to a decision that I had to make: would I be involved in the Euros, yes or no? With everything that is going on, I feel physically it is the right decision that I’ve decided not to go to the Euros and to go into my last phase of rehab during the off-season.

“So, the full focus will be on pre-season with the club and that’s a realistic goal, so I am looking forward to that.

“I think the decision to not go is the right decision in the grand scheme of things. It’s tough, but I’m at peace with it.”

Van Dijk has returned to light training and believes he will be fit in time for the new season.

The 2021-22 Premier League campaign is scheduled to begin on August 14.

“The surgeon is very happy with everything that is going on and, as I said, the good thing is I’ve not really had a setback so far and hopefully that will not happen,” he added.

“I think this decision has definitely been the right one, in my opinion, to give my body and my knee a little bit more extra time to get ready for hopefully a big, big 18 months, at least with the club but also with my country because we’re trying to go to the next tournament after this as well and that starts in September.”

After undergoing successful surgery to reconstruct his anterior cruciate ligament in London in October, Van Dijk spent the next two months recovering from the procedure. 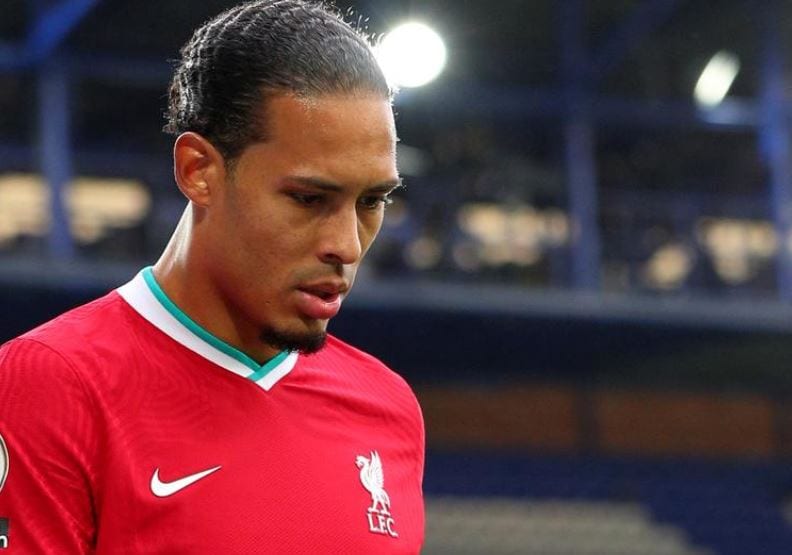 Once the swelling subsided — and after weeks of physiotherapy at Liverpool — Van Dijk flew with his family to Dubai where he spent eight weeks at the Nad Al Sheba Sports Complex. The Dutchman was accompanied by Amsterdam-based physiotherapist Sjoerd Sluijs, who worked with him through his training at the world renowned facility.

The defender then returned to Kirkby to continue his rehabilitation in the New Year under the guidance of Liverpool’s fleet of experts. Videos that the Dutchman has recently shared to social media show that he is now running comfortably on grass and his ball work is increasing, along with strength and conditioning training, which currently makes up the core of his rehab programme.

Van Dijk has been a massive loss to Liverpool and the one defining factor many fans have pointed to for the club’s woes in 2021.

Van Dijk did not miss a single game in the 2019-20 season, when Liverpool were crowned Premier League champions. He has been a vital cog in the success Liverpool have enjoyed under Jurgen Klopp and his loss has been nothing short of colossal.

The long-term injuries suffered by Joe Gomez and Joel Matip have also proved critical. Liverpool were at the top of the league heading into 2021 but a run of bad form was to follow, which leaves them struggling to qualify for the Champions League next term.

Report by The Athletic