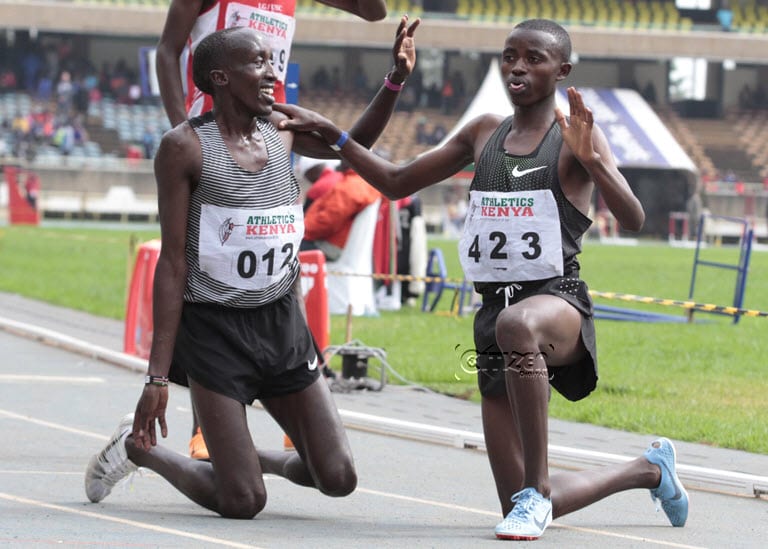 The Japan-based youngster eased to the regional championship over the weekend clocking 28:55:07 to win the 10km senior men race ahead of Vincent Ngetich and Joseph Macharia at the Central Trials in Murang’a.

The 18-year-old has the current world leading time in 10,000m after taking almost two minutes off his PB to mark a 27:13.01 at the Yokohama’s Nittai University Time Trials series, early November 2018 in Japan.

David Miano, central region Athletics Kenya Chairman, believes the team will challenge for a place in the national squad.

“Waithaka is a junior world silver medalist, our area is prominent with producing some of the best in middle and long distance, after Bedan Karoki graduated to marathon now we have this young man, Karoki easily took it from the late Samuel Wanjiru.” Said Miano.

“He is one of the best in the country, he graduated recently to the senior race after winning several races in Europe, and he is one of our most prospects in the country not only in central, him caring the flag for central, I believe we are quite ready to face the rest of the country.” He added.

In the women’s 10km senior women race, Lydia Njeri will lead the onslaught ahead of Mary Nyaruai who finished a distance second.

In the junior races Anthony Maina and Esther Muthoni will lead the 8km and 6km boys and girls races respectively.