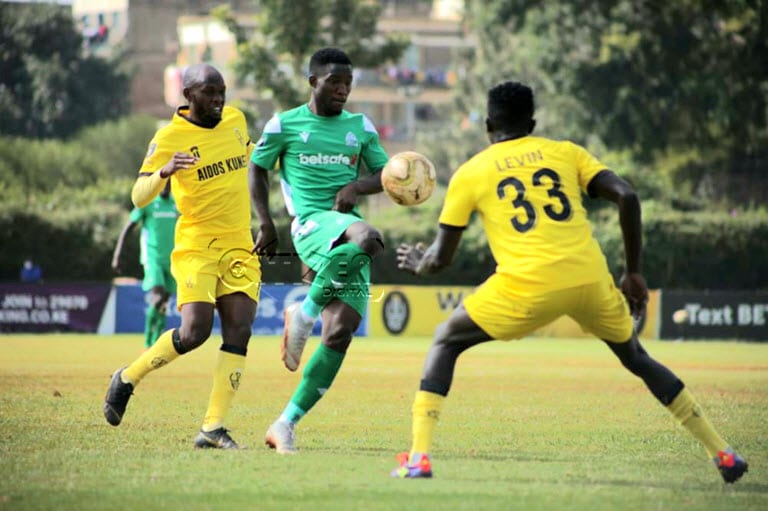 Gor Mahia FC missed the chance to close in on the FKF Premier League top spot after they were held in a barren stalemate by Wazito FC on Wednesday at the Thika Municipal Stadium.

Tusker FC had won 2-1 earlier and AFC Leopards were stunned 1-0 by bottom table side Mathare United at the Ruaraka Grounds.

Playing with a side that has never won or scored against them, Gor lowered their guard and allowed visitors to display arguably their best performance in the recent past.

Musa Masika’s effort from 30 yards saw his low flying shot parried by Gor’s Shot stopper in the 6th minute, seconds before Alpha Onyango was replaced by John Macharia after an early injury.

The 10th placed Wazito dominated much of the play in the first quarter of the match with two shots on target just before the drinks break.

K’ogalo turned on the style in the second quarter of the match building their first surging attack but Machari’as left footed shot went wide.

The defending champions busy goalie Gad Mathews made a double save at half an hour mark denying r red hot Masika a chance to put Wazito ahead.

Wazito’s full back right Rooney Onyango was the first to fall in the hands of strict Centre referee Peter Waweru who produced a yellow card after a foul play to Gor’s winger Macharia.

The introductions of Samuel Onyango and Sydney Ochieng to replace Abdoul Karim and Clifton Miheso respectively changed the plan and 19 times champions nearly took the lead in the 72nd minute but Kevin Muguna’s 20-yard set piece hit the wall.

Gor will play their seventh match in all competition for the month of June on Saturday against relegation-threatened Western Stima.