We played poorly and didn’t deserve a point- Kimanzi 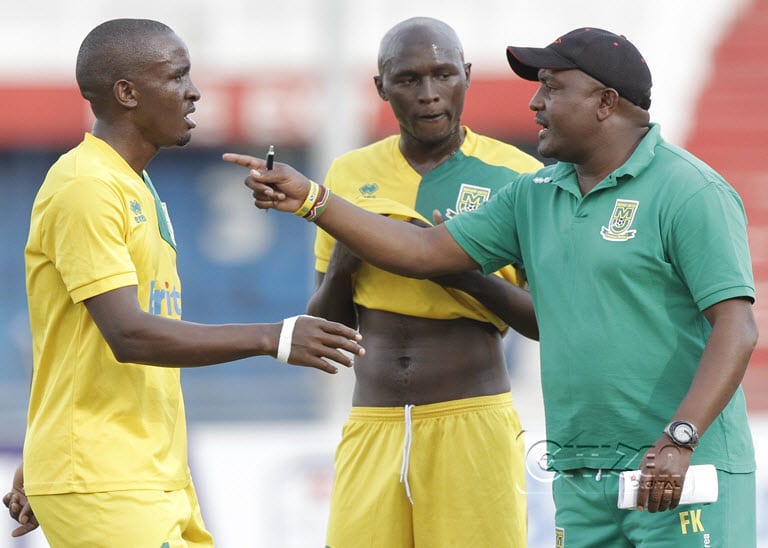 A crestfallen Francis Kimanzi has said that his team did not deserve a point after his boys put a horrible display to lose 0-4 to Nakumatt FC in Saturday league match.

The ‘Slum Boys’ who played in full flair last weekend against Kariobangi Sharks winning 2-1 were lackluster against the retailers  and Kimanzi was at pains to explain the poor show.

Mathare’s top striker Clifford Alwanga who has registered 10 goals this season, failed to convert from the spot and Kimanzi hinted on his supporting cast and the offensive strategy as possible reasons for his goalless streak.

“We have to use the period when he was in top form as a reference point to determine what facilitated his scoring ability. Perhaps the attacking strategy was supporting him. The type of players around him also matter but it is normal for a player to have a dip in form as the season goes on which is a loss to the club especially when it happens to your top scorer,” added the tactician.

Melis Medo on the other hand, who took charge of a limping Nakumatt in early May, was contented with his team’s display as he showed praises on Joe Waithira who  has been instrumental for his side.

“We needed the three points. We play good football and have worked hard to be in the mid-positions on the log from the drop zone so I am happy that we have earned that,” said Medo.

He went on: “He (Joe Waithira) is a smart guy and one for the future of this club. He has adapted well to my dynamics. I have given him the responsibility to be a creative player so all he has to do is to remain focused,” noted Medo.

Mathare United will next take on Zoo Kericho as Nakumatt prepare to confront Posta Rangers.