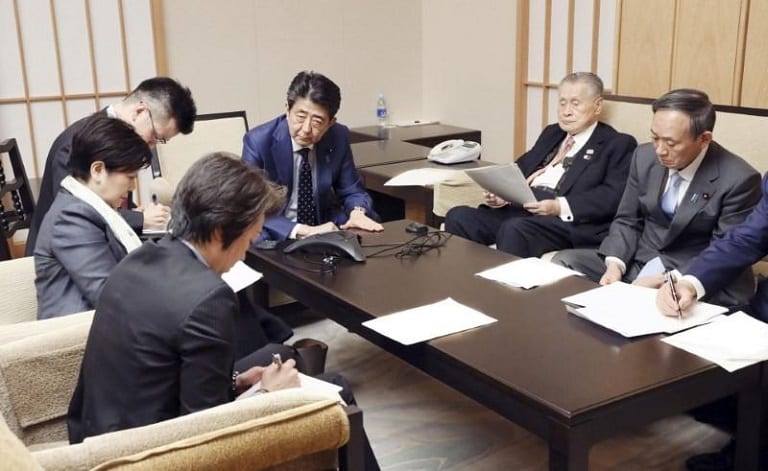 Officials in charge of staging Tokyo’s Olympic Games crowded around a low table inside Prime Minister Shinzo Abe’s residence late Tuesday, wincing as they spoke by phone with the head of the International Olympic Committee (IOC).

Minutes later, Abe emerged to inform a gaggle of reporters that he had just spoken with Thomas Bach, the IOC’s president, and that they had agreed to officially delay the Tokyo Olympics.

The evening call between Abe and Bach concluded days and weeks of negotiations between Tokyo and Lausanne, where the IOC is based, and came after repeated public denials by Japanese officials that a pandemic might derail the Games.

Through interviews with more than a dozen people involved in the process over recent weeks, Reuters has pieced together an account of the frenetic days that led to Tuesday’s announcement.

It was an extraordinary turnaround for an Olympics that was expected to be held without major issues by a country known for public safety and economic stability. It also revealed a fatal miscalculation by Japanese and IOC officials of public sentiment at a time of heightened fears over the coronavirus.

In the days leading up to the decision, organizers of the Games were under pressure from major players in global sports: sponsors wanting updates on event plans, powerful sports federations worried about athlete safety, and Japanese officials seeking to maintain a united front to support the 2020 Games.

But ultimately, it was the growing chorus of concerns from famous athletes and nations under lockdown that sunk Tokyo’s hopes to hold the Olympics as planned in July, according to senior officials at the IOC and on Tokyo’s organising committee.

Japan’s government did not respond to an emailed request for comment. 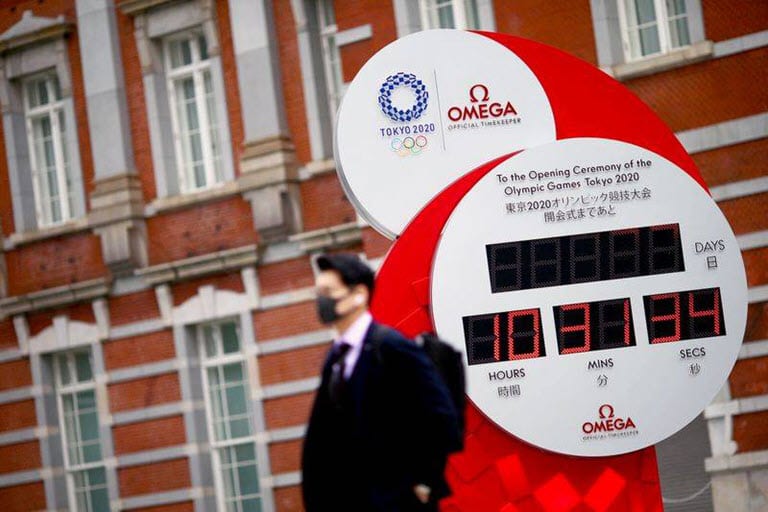 The first inkling of trouble came in February as the coronavirus began to spread outside of China, where it emerged late last year.

When asked on Feb 14 about the rising number of cases in China, John Coates, a member of the IOC’s Coordination Commission for Tokyo, brushed off questions from reporters about contingency plans, saying the country had been able to monitor its athletes “since day one”. Most of them had been preparing for the Games overseas and would therefore not need to be quarantined on arrival in Japan, he said.

A few weeks later, after Abe had taken the unprecedented step of closing schools across the country, Yoshiro Mori, the head of the 2020 organising committee, spoke in unusually blunt terms when asked by a reporter about making changes to the Olympic schedule.

But behind the scenes in early March, government and central bank officials in Japan were already weighing the risk of cancellation as they drafted projections for this year’s economic outlook, sources with direct knowledge of the matter said.

Japanese corporate sponsors who had spent a record Sh313 billion to participate in the Olympics were also growing increasingly anxious as the number of virus cases ticked upward, according to multiple sources at various companies.

Those corporations, already holding regular meetings with organizers to discuss the evolving situation, privately voiced concern about flip-flopping public messages coming from officials, representatives from half a dozen sponsors said.

Various sponsors involved in the talks felt hamstrung in the chaotic situation, saying they had not been given assurances about what would happen to funds they had contributed to the Olympics if there was a cancellation or postponement, they said.

“We’ve already spent a lot of money on Olympics-related marketing campaigns and pre-Games events, and we are not going to get the money back,” said one source at a major Japanese sponsor. She said employees involved in the event were “floored” upon hearing Abe’s remarks.

A representative at another Japanese sponsor said they still had not heard specifics about the delayed Games.

Another official at a top-tier Japanese sponsor said it seemed as if decisions were being made in “a black box”.

In an emailed response to Reuters’ questions, Tokyo 2020 organizers said they were unable to disclose details of individual contracts with sponsors for confidentiality reasons.

“We are reviewing all individual aspects of the postponement of the Games and will announce information as soon as possible,” the committee said. 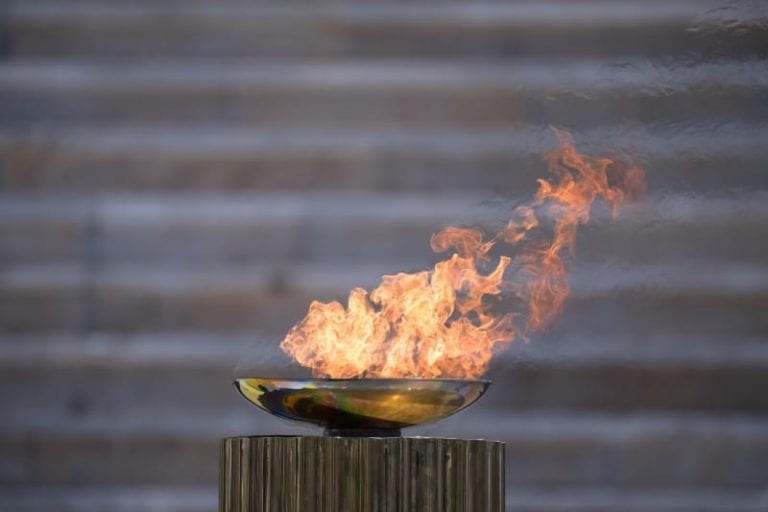 On March 16, Abe held a video conference with leaders from the Group of Seven nations and used it to lay the groundwork for a postponement of the Olympics, a government source close to Abe said.

Abe had already spoken to U.S. President Donald Trump after the American leader referred to a one-year postponement.

By that time, Japanese Olympic officials had realized the event could not go on as planned in July, but they could not talk about it publicly, a senior official at the organising committee told Reuters.

Two days after the G7 call, it was announced that the deputy head of the Japanese Olympic Committee tested positive for the coronavirus.

Kozo Tashima, who also heads the country’s football association, attended a meeting with Mori and other influential leaders of Tokyo 2020 a week prior.

“It was definitely the moment it all became real for us,” a Japanese national committee official said.

By mid-March, the number of deaths caused by the coronavirus had more than quadrupled to 7,980 worldwide from a month prior. The death toll is now over 22,000.

Meanwhile in Lausanne, sources familiar with deliberations within the IOC said Bach and other officials had underestimated the tide of public opinion turning against the event.

When asked for comment from Bach, the IOC’s press office did not respond to specific questions and directed Reuters to a transcript of a recent conference call in which he said that the decision to postpone the Games was based on “the developments with the dynamic spreading of the coronavirus”.

The IOC asked various national Olympic committees over the weekend to open up training centres so their athletes could prepare for Tokyo, the sources in Lausanne said, even as countries like Germany and Spain were sealing borders and ordering large-scale lockdowns.

Representatives from some of the countries had tried explaining to Bach how it wasn’t possible for their athletes to train, citing travel restrictions and curfews, they said.

“But Bach was only thinking about holding the Games in July as planned,” one of those sources said.

Bach, who was a lawyer by profession before ascending to the top IOC position in 2013, told The New York Times on March 19 that the Olympics were four and a half months away, and that speculation on alternate plans was “premature”.

But on Sunday, the sources said the IOC called an emergency meeting of its executive board after more athletes began voicing health concerns.

The IOC initially hoped the board meeting might “buy it a bit more time,” one of the sources said.

A Canadian IOC member, Dick Pound, said Tokyo and the Olympic committee weren’t ready to make the decision until they saw the “logarithmic increase” in cases in the United States and elsewhere, which contrasted with more settled conditions in Japan and China.

“I think they eventually realized that even if Japan was under control the rest of the world was not,” he said.

It became clear that athletes were not able to properly train, especially in team and combat sports in which establishing “safe distance” is difficult, Pound said. 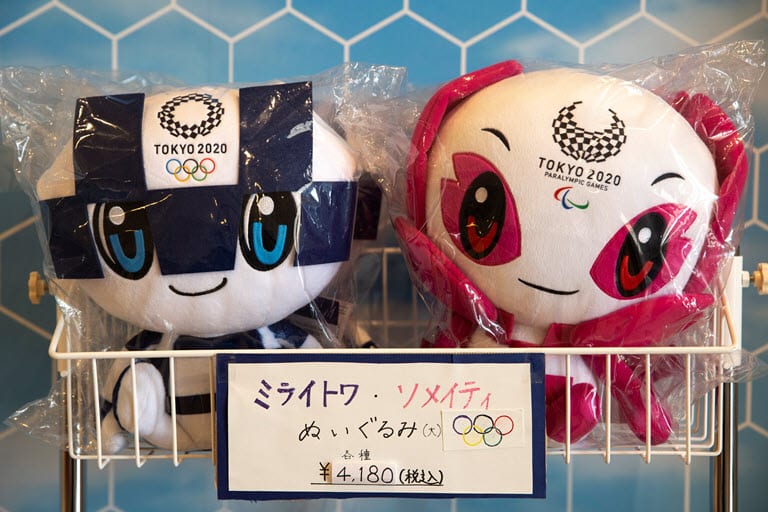 Reiko Chinen, who oversees preparations for weightlifting at the 2020 games, said that pressure was mounting on Tokyo to make a decision as countries like Canada and Australia started dropping out.

The Olympic torch had already arrived in Japan and was being taken around areas of Japan struck by the tsunami and earthquake in 2011, when Nahomi Kawasumi, a well-known women’s soccer player selected to run in the relay, pulled out.

A senior organising committee official said he knew a delay was inevitable.

“We had to keep preparing for the torch relay because if we had cancelled it, then it would be clear that we intended to delay the Olympics,” he said.

Then came Tuesday night. One by one, black sedans carrying the leaders of Tokyo 2020 arrived at the prime minister’s private residence.

Behind closed doors, a deal was underway.

An hour before Abe was set to speak with Bach, IOC’s Coates and the chief executive of Tokyo 2020, Toshiro Muto, convened a conference call, a senior organising committee official said.

“The premier’s wishes for a delay of about a year was communicated to Coates and both sides confirmed that they wanted the same outcome,” the official said.

Soon after, the two leaders sealed the deal.

A day later, the Olympic clock installed outside Tokyo Station stopped counting down the days and minutes until the Summer Games.

It now displays the day’s date and time, just like any other clock in the city.